It's Passion Project season for the sophomores, and Zephyrus will be featuring several students' work. 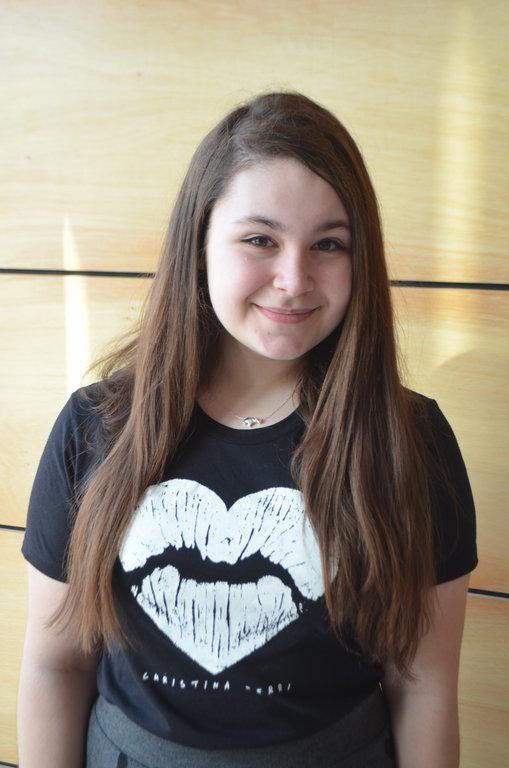 For her Passion Project, sophomore Sophie Cannon is working with an organization called “To Write Love on Her Arms” that strives to erase the stigma of mental health issues such as depression, self-harm, and suicide. “I found out about [the organization] from a friend, but they are really active on social media,” said Cannon.

This is a very important issue in today’s society, especially among young adults in the community. According to a survey done by “Anorexia Nervosa and Associated Disorders”, 91% of women surveyed on a college campus had attempted to control their weight through dieting.  “Mental health in general has been important to me and I’ve had friends who struggle with it,” explained Cannon.

Cannon sold bracelets in the lunchroom, set up a fundraising website, and is planning a benefit concert at the Valley View Middle School auditorium on Saturday, April 19, at 1:30 p.m. where students will be performing short stories, songs, poems, etc., to raise awareness for this widespread issue.

Simple ways that one can support these efforts to help at-risk peers include donating money or attending the concert. Admission is $5 and all proceeds will go to the organization, in hopes that even more people will get the assistance they need. 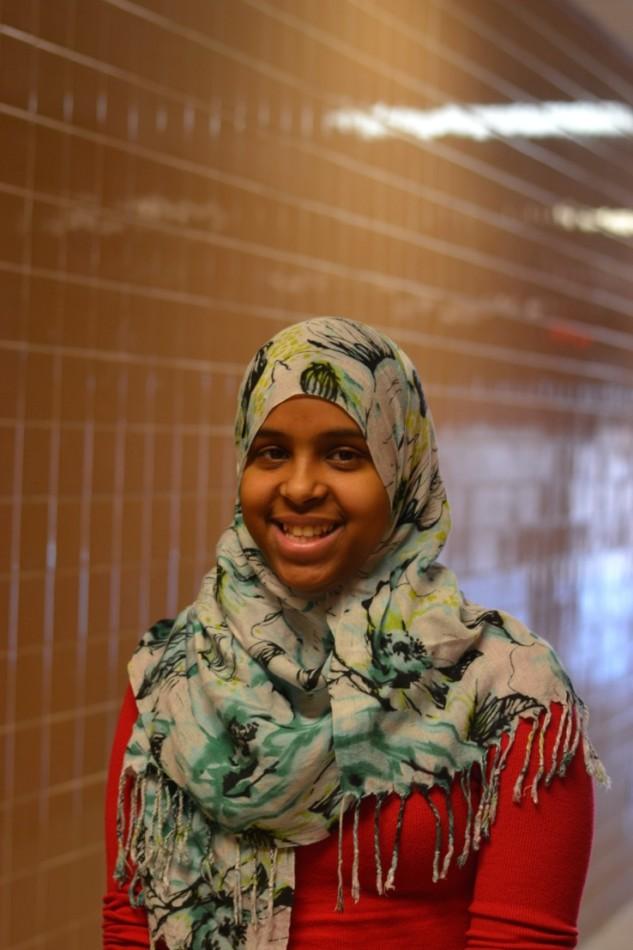 Sophomore Samia Mohamed concentrates on the preservation of libraries.

I can’t be the only one who doesn’t remember the last time I visited a library. Why go when I have the World Wide Web at my fingertips? Sophomore Samia Mohamed wants to change that thought process.

For her Passion Project, Mohamed researched “The Library’s Effect on Community and Teen Development.” She decided that this was her passion after volunteering at a local library and seeing the effect that the often-underused facility has on the surrounding community.

“[The library] caters to teen development,” Mohamed said. “I’m just really interested in reading, and I think it is important to everyone.”

“A lot of students think the library is like the most boring place ever, but it’s actually a really important part of the community because it brings together a lot of different cultures and it hosts a lot of events,” said Mohamed. “And without the library, you wouldn’t be able to develop as a reader.”

While researching libraries and their effect on the community, Mohamed discovered that libraries are losing funding across the country as the government struggles to balance budgets. But even as libraries close their doors, communities are finding new ways to lend each other literature.

“Libraries are now struggling to stay open, and people and the community are opening little places to exchange books once libraries close,” Mohamed said. According to her, these new publically-run little libraries are coming together to “give the community a boost, and to keep their children learning.”

The biggest thing that Mohamed took away from researching was “[the libraries’] ability to keep going and to stay open and to incorporate different ideas. Libraries will hold different events based on what teens want to do. It’s pretty cool because it keeps [the community] interested in the library.” 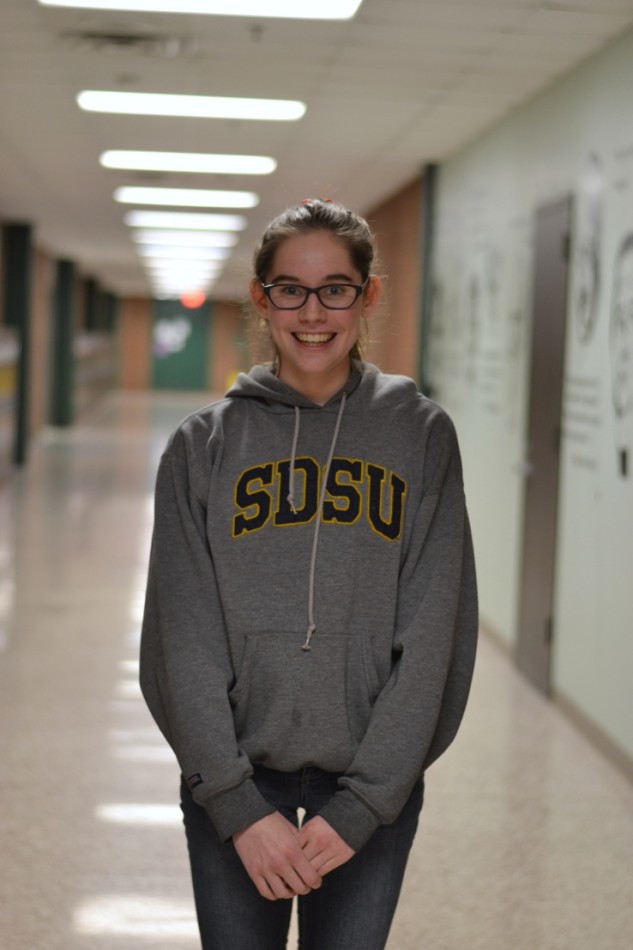 Sophomore Kitty O’Connell focuses on stress for her Passion Project.

Sometimes, picking a topic interesting enough to research for a whole year can be extremely challenging, and having to connect it to one’s life does not make the process any simpler. However, it seems sophomore Kitty O’Connell was able to naturally find a topic when she was choosing her Passion Project: stress.

There certainly is no lack of stress here at Edina High School. O’Connell first thought of the idea to research stress after multiple people approached her expressing how stressful the Passion Project itself was going to be.

“I feel that lots of students at EHS are constantly impacted by stress, and don’t find enough time in their busy schedules to relax,” explained O’Connell.

O’Connell noted, however, that acknowledging stress is not the main issue; the problem most high school students face is how to manage it. “The main problem regarding [stress] is that too much of it goes by unmanaged, causing a plethora of negative health effects,” said O’Connell.

With consequences ranging from minor things like headaches or sleep difficulties to more severe problems like high blood pressure, diabetes, skin conditions, arthritis, depression, and anxiety, managing stress is essential to one’s well-being. “I’m not directly passionate about stress, but I am passionate about health, and stress management plays a key role in health,” said O’Connell.

O’Connell explained that the answer to stress can be as easy as just taking a breather. “Stress is such an interesting topic, especially when I learned that simply relaxing can undo many of its harmful effects,” she said. Furthermore, viewing stress in a positive light can be beneficial to one’s health. A little bit of well-managed anxiety can actually drive someone to be more observant and diligent in their work.

O’Connell’s investigation on stress does not stop with her Passion Project paper. For the all important Action Step of the project, she plans to bring solutions to the problem straight to the school. “I am really hoping to create a physical education class at EHS that would focus on relaxation and include yoga, meditation, and deep breathing,” said O’Connell. 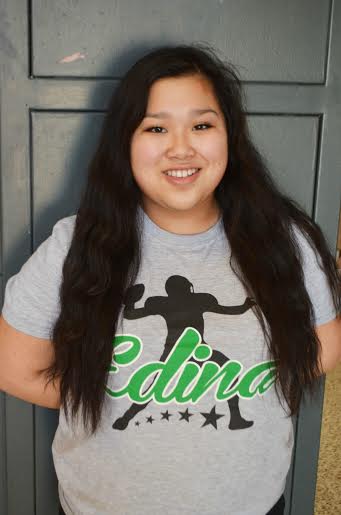 For her Passion Project, sophomore Caiying Selmo decided to take on the world. Computers, smart phones, movies, social media, all the things that entertain us in our lives, the entire media, she says, can hurt society with their unrealistic depictions of people.

“It’s about how media’s stereotypes negatively impact young adults,” is how Selmo described her Passion Project. “It’s a major problem because the media surrounds young adults every day.”

Selmo cites many problems in modern society as being rooted in the media, from vulgar language to distorted body image among young people. And she isn’t alone in the belief, apparently. “I found that a lot of my sources have comments from famous people or model or doctors who say things about body image and how the media photoshops and how they even have to add pounds onto models,” she said when asked about her sources for the project. “Everyone has seen the media and knows [that] people aren’t really that skinny and that can affect people like us.”

“I’m going to be making a book or, like, an infographic that has the stereotypes… with pictures and all that. And it will… educate people but they might not even know it, they might just think that they’re looking through a book,” is how Selmo described her plan to complete the service learning portion of the project, a new edition to this year’s version of the two year old Passion Project.

When asked if she had any personal connection to the problem, Selmo responded, “I think everyone does.” Later she said, “With my little sister, especially, [I want to tell her that] not everything in the media has to impact her life.” 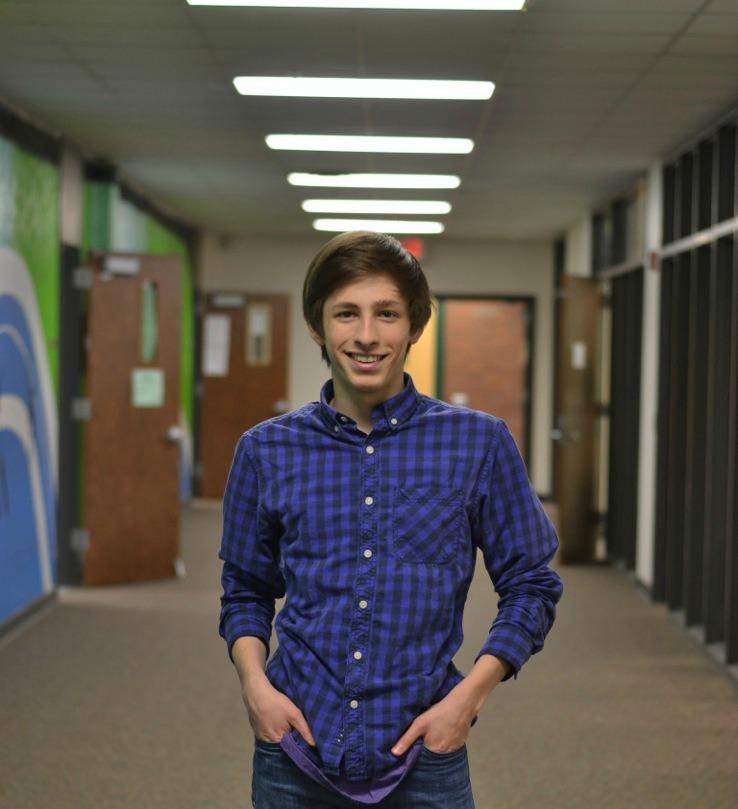 Every Edina High School student knows about the Passion Project. For some it’s a burden, but others see it as an opportunity to inform everyone about a problem in the world. For sophomore Nate Shapiro, it’s a chance to tell his family’s story.

Shapiro’s grandfather was diagnosed with Alzheimer’s disease five years ago. “My grandma actually noticed it six or seven years ago, but was officially diagnosed later,” he explained. His grandfather told his mother that he did not want to be put in a nursing home, so for the past eight months, he has been living with Nathan and his family.

Alzheimer’s is a progressive neurodegenerative disease that slowly deteriorates brain cells. It affects a person’s ability to remember, think, reason, solve problems, or even do everyday activities like eat or bathe.

There are five stages of Alzheimer’s, and Shapiro believes his grandfather is currently in the fourth stage: moderate dementia. “It’s like he’s in a constant stage of déjà vu. He can remember his past years ago, but has a sort of short-term memory loss. He can do things like get dressed or bathe himself, but cannot prepare food or might [be inclined to] ask ‘What’s the weather?’ five times,” said Shapiro.

His grandfather’s illness motivated Shapiro to do his Passion Project on the financial and emotional impact of in-home caregiving, an issue that will grow more pressing in coming years as baby boomers age. “All the children born during the baby boom [are] becoming older, and the current generations are now having to deal with it,” explained Shapiro.

Caregiving is financially trying. Shapiro and his mother hired two home aids to help with his grandfather. “[Hired] health aides are expensive and most people cannot afford [them],” said Shapiro.

The emotional aspect of caregiving is just as trying. Shapiro’s family has to constantly watch over his grandfather. His goal is to make sure other families in similar situations are well-informed about the struggles and rewards of in-home caregiving.

“My plan is to inform families on how to deal with caretaking and help other families,” said Shapiro. “I can see how happy and healthy my grandfather is. I’m glad he isn’t stuck in a nursing home.”

Profiles of Passion: Part I 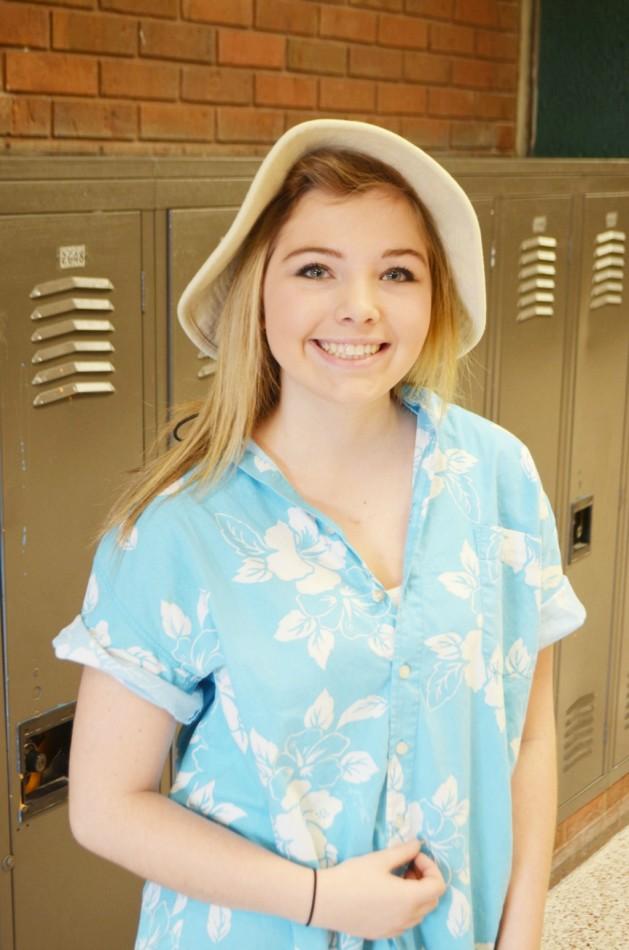 For many sophomores, thinking of an idea for their Passion Project – an idea about which they will have to write a paper, make a presentation, and do a service project, all for a grade – is difficult. For sophomore Casey Robinson, however, it was simple.

Robinson defines crash dieting as “extreme nutritional deprivation, often through low calorie intake, or the cutting out of food groups as an attempt for weight loss.”

“The dangers involved with crash dieting are extensive,” Robinson said. “Physically, crash diets put a lot of strain on your heart and damage your blood vessels, increasing the risk of several heart diseases… They also greatly affect your emotional health, often making you irritable when you’re hungry and guilty or ashamed when you’ve broken the diet. [Another] major danger of crash dieting is that they are often the gateway to a full blown eating disorder.”

But is crash dieting really an issue in Edina? According to Robinson, the answer is a firm yes. “Dieting at any high school is a common phenomenon. I don’t think anyone at Edina has ever gone, ‘I’m going to go on a crash diet!’ but I think all too often dieters’ ‘healthy diets’ end up being very restrictive and limiting, like… crash diet[s]. Especially in high schools, because we are less educated on exactly what a ‘healthy diet’ consists of,” Robinson said.