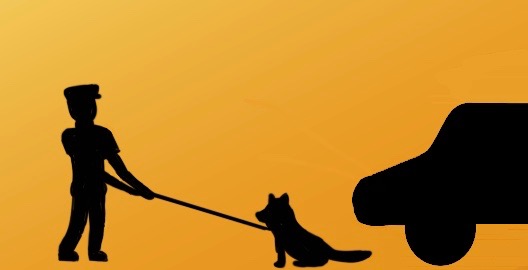 Car-sniffing dogs: helpful or harmful to EHS students and staff?

At a meeting with the entire senior class, Principle Beaton announced that drug sniffing dogs would be used to conduct searches of students’ cars parked in the Edina High School parking lots. While this policy was formally announced last May, very few students were aware of the change until his announcement. This change in policy is unethical, and the gross invasion of privacy needs to be dead on arrival.

The concept of searching students’ cars is a massive invasion of privacy. While I’m not condoning any student’s choice to bring any sort of chemicals or substances onto school property, I do firmly believe that students have a right to be free from having to fear that their personal belongings will be forcibly searched; whether that be the K-9 dog patrolling the parking lot or the inside of the vehicle being searched upon the dog’s alert.

Everyone in the United States deserves the basic human right to be free from these searches. This is what the Fourth Amendment to the U.S. Constitution is there to protect. Unfortunately, the full power of the Fourth Amendment does not fully extend to schools, as ruled in the landmark 1985 Supreme Court case New Jersey v. T.L.O, a ruling which is tragic for a student’s individual rights. In this case, the court decided that the Fourth Amendment is greatly relaxed as it applies to searches conducted by school officials. After this ruling, in order for a school official to search a student’s belongings, they only need a reasonable suspicion, meaning suspicion based on facts and evidence to conduct the search. This allows the administration’s actions to take place, an unfortunate reality for anyone who values individual liberties. I will not be arguing against this ruling, but rather that the administration’s decision to search cars is wrong. The administration does not have to put this court ruling to use, and by doing so they are showing a clear disrespect for student’s individual freedom.

In the battle that the Edina Public Schools administration is fighting with substance abuse among its students, I feel that searching cars is a step in the entirely wrong direction. It is attacking a symptom of the greater issue, not the root cause. In attacking this symptom, the administration opens students to a world of harmful repercussions, which are counterproductive in helping students struggling with substance abuse.

For example, there is a policy that the Edina Police Department engages in regularly—especially when it comes to drugs and other contraband—called civil forfeiture. What this policy allows is for the police to seize a person’s (or in this case a student’s) property under the guise that the property was suspected of being involved in a crime, without the property owner even having to of been convicted of any wrongdoing.

According to the 2018 Edina Police Department’s Year in Review, the EPD seized 82 cars. What this means for students is that if you are found with contraband, meaning alcohol, drug paraphernalia, or any amount of illegal drugs, such as marijuana, the Edina Police Department has a right to seize your car without even having to be convicted of a crime. Through these searches, the Edina Public Schools administration is exposing students to this type of liability.

The school has grossly misplaced their priorities in this whole ordeal. When we break it down to the most simple level, this policy was put in place to prevent students from bringing harmful chemicals into the school and as a means to discourage students’ use of those chemicals. But why are students bringing these chemicals onto school property in the first place? People don’t just bring drugs to school for fun, they do it because they have real issues with substance use. This is what I mean by the root cause: substance abuse. The school should be spending the time and resources that will be spent searching cars on helping students with their substance abuse problems.

Students should find school to be a safe place; they shouldn’t have to fear gross invasions of privacy and having their vehicle searched or seized without their consent. Students should be able to focus on what is important: education. The administration needs to end this policy at once unless they want to send a message to all students that they value policing students with substance abuse problems over education. 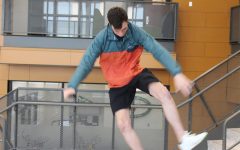 This past May, the Edina School Board announced that they would allow drug-sniffing dogs in the Edina High School parking lot for the 2019-2020 school year. That shouldn’t be a problem, since students aren’t bringing contraband into school anyway—right?

Unfortunately, that isn’t the reality. Last year, 75% of suspensions were related to students bringing vaping equipment into school. That number has already jumped to 80% this year, according to EHS Principal Andy Beaton. Clearly, vaping is quickly becoming an epidemic at EHS.

Teenagers shouldn’t be participating in such activities anywhere, but school certainly isn’t the place. It isn’t fair to students who just want to use the bathroom without clouds of harmful chemicals being blown into their faces. E-cigs are also a huge distraction during the school day with kids leaving the classroom several times a day to vape. Every day, more and more kids are being roped in, as vaping is usually a group activity in the infamous handicap stalls throughout the school.

The EHS administration has been trying to put a stop to this invasion. From keeping bathroom doors left open to the creation of Hornet Watch, many different actions have been taken to prevent vaping at school. It’s just not working. Kids are resourceful and can find a way around almost any rule the staff implements. K-9s are the next step. There need to be higher stakes, a more reliable way to deter students from bringing prohibited items onto school property. Perhaps police dogs can be that discouragement. With less to worry about as far as drugs and e-cigs on campus, EHS staff will be able to focus on more important matters and give attention to students that really need it.

Authority figures have every right to search backpacks with reasonable suspicion on campus. Cars are no different as the parking lot is still school property. If something illegal is found in a car, the situation is treated the same way it would be if it were found in a backpack. There is not going to be a harsher punishment because it was found by a police dog. Bringing in law enforcement will hopefully prove to be a better deterrent of illegal substances.

According to Principal Beaton, the dogs will be used sporadically, depending on availability and necessity. They will not be searching each and every car daily. A hunch is not enough—there must be evidence behind the speculation, and the search must be conducted in a just manner. It’s not turning the school into a dystopia, just making it a little safer.

Sure, as Americans, we have a right to privacy. That’s one of the many beautiful things about the United States of America. If someone shows up to your house and asks to search your bedroom, you can say no. However, in school, public safety must be considered. If an authority figure has a reason to search your backpack or your car and evidence to back that up, it is their right to do so. It doesn’t sound appealing, but rules like that are crucial to keeping the rights of the entire student body and staff protected. A lawful search of one’s right to privacy is less important than a thousand others’ right to safety in their place of work or education. Plus, who doesn’t love a hard-working pooch? 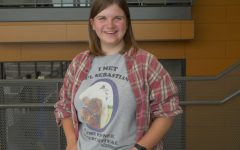 If you’ve ever had the pleasure of shaking Hanna Jaeger’s hand, you’ll know they are extremely clammy. As a self-identified 45-year-old man, Hanna...