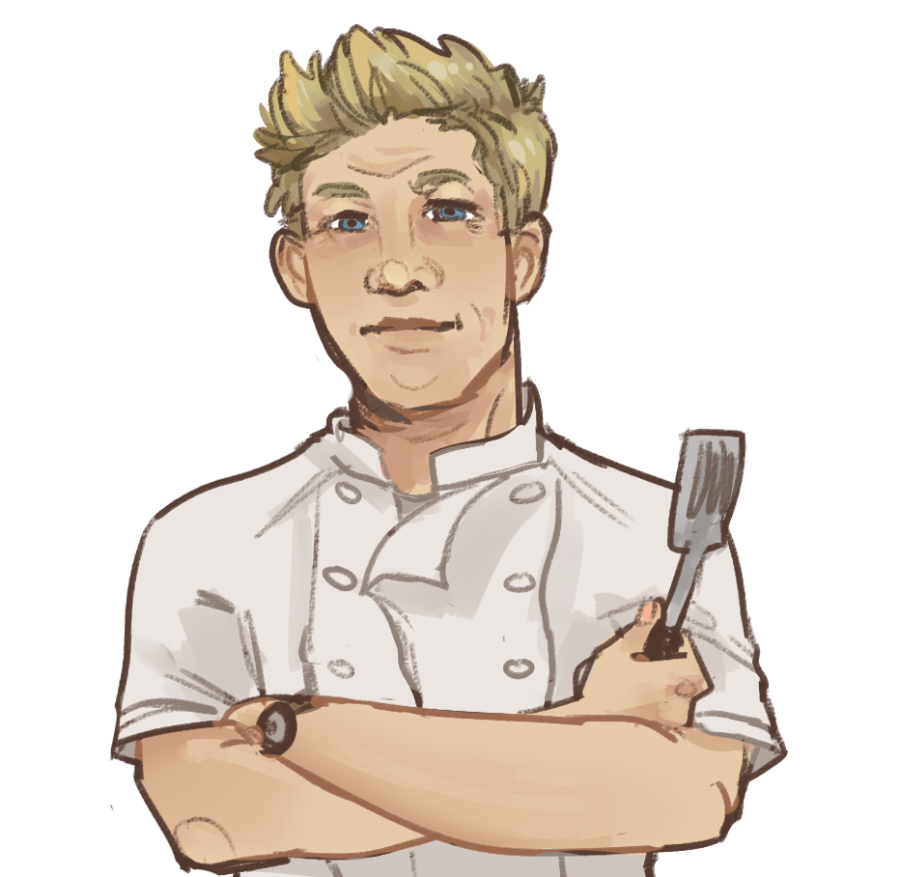 The truth of social media over body images and recovery 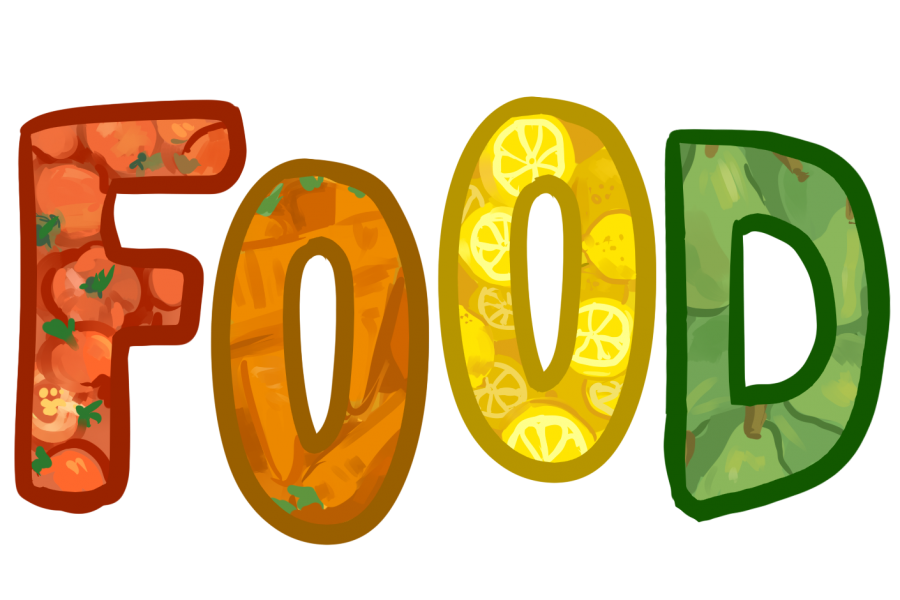 We live in the digital age. According to the London School of Economics and Political Science, with more than 35 percent of the world’s population being active social media users, social media today has an expansive effect over multiple aspects of society, ranging from governmental political affairs to the operation of businesses. On the micro-level, social media has also influenced how individuals compare themselves to the people they see online, affecting body images and subsequently, causing eating disorders.

In a study completed by the Global Web Index, the average internet user spends roughly two hours and twenty-two minutes  on social media every day. During this time, people are inundated with posts from other people that showcase a “perfect” and “desirable” lifestyle. For the younger generation, according to  Magnolia Creek, a treatment center for eating disorders, these depictions of perfection plays heavily into the development of body objectification and the practice of incessantly comparing their own bodies to those of online influencers. These two effects, combined with online advertisements starring models with societally deemed “ideal figures,” ultimately negatively affects self image and mental health.

In the case of body objectification, a person’s validation can stem from the number of likes that their post receives. A low number of likes could cause insecurities, and from there, propagate negative self images (Magnolia Creek). Moreover, social media inevitably causes users to compare themselves to the people they see online with ‘perfect’ bodies and lives. Since the images we see online are not accurate depictions of reality and are meant to be unachievable, these comparisons will also lead to an unfavorable self image. This dissatisfaction with one’s body, according to the National Eating Disorder Association (NEDA), can create lasting effects such as “depression, isolation, low self-esteem, and eating disorders.”

Furthermore, there is another way in which social media can cause eating disorders: cyberbullying. Social platforms have opened up gateways for fat shaming and cyberbullying to be much more prevalent in society while allowing transgressors to remain anonymous. NEDA has reported that “as many as 65% of people with eating disorders say bullying contributed to their condition.”

However, this is not to say that social media could only cause harm. The internet provides a vast amount of resources and people can find their own support groups through social media. According to clinical psychologist Deborah R. Glasofer, “reading a diversity of stories [online] helps people feel less alone in their recovery and can help them tolerate the common experiences of recovery that are really challenging.” In this sense, social media could potentially be used to counterattack its own harms, but only if used correctly.

Social media has both the power to cause harm and promote recovery. As in the case of body image and eating disorders, we must be mindful of how we view social media and its potentialities in affecting our lives.

A student’s guide to the school cafeteria

Many students have trouble maintaining or starting a healthy lifestyle at school. Most school cafeteria options are high in fat, calories, and sodium. Students can choose healthier options, but those options are limited. With cafeteria food often entailing many unhealthy meals, students must navigate their cafeteria in order to find healthier options.

First, students can start by researching what lunch options are best. The Edina Public Schools lunch provider, Chartwells, gives nutritional information for every food item on their menu. For example, five chicken nuggets contain 260 calories, 15 grams of fat, 400 milligrams of sodium, and 16 grams of carbs, according to nutrislice.com. The school nuggets are nutritionally worse for you than the nuggets McDonald’s provides. Four McDonald’s nuggets are 180 calories, 11 grams of fat, and 11 grams of carbs, according to Mcdonalds. This highlights how important it is for students to research their food options and determine what if best for their health. Students do not need to eliminate every bad lunch option but should consider picking a healthier option every few days.

However, according to Healthline, sugar-sweetened beverages and fruit juices are unhealthy. This is mainly due to the fact that the calories from these artificial drinks do not get processed by the brain as nutrients and energy. The cafeteria sells many of these drinks, such as Izzy’s, flavored Snapple, Capri Sun and various fruit juices. Based on that information, students can easily alter their diet in a healthier way by ditching these artificial sugary drinks for water or a fruit smoothie.

The EHS cafeteria also provides healthy options for those looking to better their eating habits in school, including a salad bar with a variety of lettuce, toppings, and dressings. Additionally, the cafeteria has fruit and vegetable cups at every food station. For those trying to add some nutrients to their lunch, picking up a vegetable or fruit cup can help you keep a healthy lifestyle at school.

Above all, students do not need to completely alter their diets to live a healthy lifestyle. Making small changes can make a big difference, especially at school, where some options are much healthier than others.

With a growing awareness about the impacts of the meat and dairy industry, many Edina High School students are choosing to adopt new diets such as veganism and vegetarianism.

Veganism is a popular lifestyle that eliminates all animal products from one’s diet. The predominant reason many people go vegan is because they find the treatment of animals in dairy and meat farms to be abusive and inhumane. “I chose to be vegan because a lot of the YouTubers I watch are vegan which is where I first learned about the harms [of the dairy and meat industry],” sophomore Izzy Paradis said.

Another reason many students choose to go vegan is for the environmental benefits behind it. “I became vegan because I read an article about how the meat industry hurts the environment because of the methane emissions,” senior Zachary Shumway said.

While this diet may seem restrictive, there are plenty of food options available for vegans. “A lot of restaurants can usually make your food vegan if you ask, so it’s not that hard to find stuff to eat,” Shumway said. Students who eat school lunches can also find vegan options in the cafeteria, such as salads, or pasta with marinara sauce.

Another popular diet is vegetarianism, which eliminates meat from one’s diet. Vegetarians often have similar reasons for avoiding meat as vegans. “I’m vegetarian because my religion believes that eating meat is a form of violence. A typical meal for me is vegetable curry with roti [Indian bread] or rice,” senior Yash Shah said.

While plant based diets have many benefits, there are potential downsides. A poorly planned vegetarian/vegan diet may result in vitamin deficiencies or unhealthy weight loss, and as a result, students who are considering making dietary changes should carefully consider the health implications beforehand.

One alternative to going completely vegetarian or vegan is adopting a pescatarian diet, which incorporates fish and seafood as the only protein sources in a primarily vegetarian diet. Another great option is to go vegetarian one day a week, such as on “Meatless Mondays.” However, before making any dietary change, students should make sure to carefully plan out their diet so they can make a change that adequately meets their health needs.