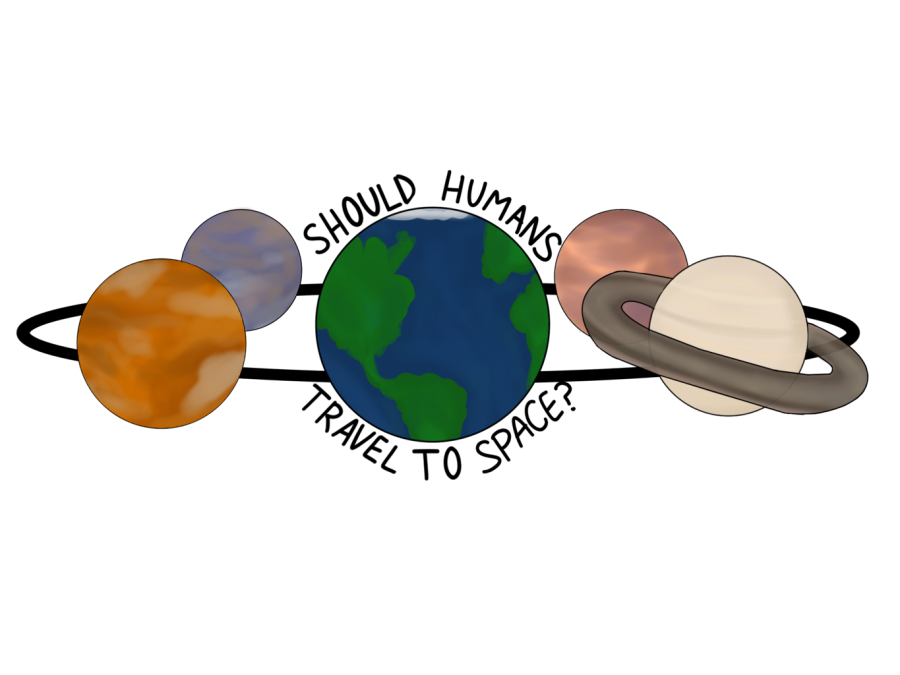 Should humans travel to space?

There is no question that space travel is necessary

In 1961, President John F. Kennedy propelled the U.S. forward in developing a Space Program to match the United States’ rival, the Soviet Union. Eight years later, motivated by the president’s words, American astronaut Neil Armstrong became the first human to step foot on the Moon. We must not lose this type of enthusiasm and ambition as we look to exploring space, especially if we want to increase the quality of life and resolve climate issues.

The technological progress that has accompanied space exploration has been critical in bettering the lives of millions, if not billions. Imagine suffering from a stroke and the doctor needs to use a Computer Tomography (CAT) scan to take a closer look at your brain. According to the California Institute of Technology, the necessary technology for the CAT scanner was actually developed by the National Aeronautics and Space Administration (NASA) for their space programs. Or, perhaps, imagine slipping on a pair of athletic shoes for a run. The shock absorbers on the bottom of athletic shoes that protect your feet during workouts, according to culture based newsite Thrillest, were engineered after NASA realized that the rubber molding techniques to make astronauts’ helmets could be applied differently.

iPhone cameras, memory foam, baby formula, water purification systems, home insulators, the list goes on and on: each owes its creation to space exploration. If we look to continue improving lives around the world through technological advancements, we must not stop our space exploration journey.

Some people might view space exploration as a cop out to addressing the current climate crisis that we are facing on Earth, but this is simply untrue. Rather than creating nonchalance in the face of mass extinction and climate change, space travel actually teaches us the value of Earth.

According to Foreign Policy, a photo of the Earth rising on the Moon in 1968 set conservationists into motion, and the first Earth Day was celebrated in 1970. In 1987, NASA’s satellite data discovered the growing hole in the ozone layer above the South Pole. This discovery then pushed forward a series of environmental plans worldwide that stopped the usage of chlorofluorocarbons, the chemical that was eating away the ozone layer. Since then, the size of the ozone hole has been decreasing. We could not have increased environmental awareness nor mitigated an environmentally disastrous incident without space travel.

Humans also have other reasons to protect the Earth humans develop space travel. If major natural disasters due to climate change destroy too much of Earth’s resources or mass biodiversity loss were to occur, then humans will have no possibility of continuing space exploration efforts. If we cannot resolve current environmental problems, then colonization attempts on another moon or planet will fail — we will not be able to prevent the same climate change and biodiversity destruction from occurring again. Thus, by supporting space exploration, we are also simultaneously encouraging people to resolve environmental problems we see today.

Furthermore, the monetary cost of space exploration should be another bonus factor. The current budget for NASA sits at around $21 billion, or 0.4% of the 2020 fiscal year’s federal budget. Yet, according to The Balance, a website dedicated to finance information, every dollar spent on NASA contributes to around 10 extra dollars to the economy. This phenomena is due to how NASA’s activities stimulate growth in other industries as they utilize “the business model of relying on capabilities and expertise across the country,” according to NASA, from universities to private manufacturers. Therefore, NASA is also an effective way to utilize national funding for a greater cause.

Of course, private companies should also have the freedom to develop space exploration technologies. Elon Musk’s SpaceX program has become quite famous due to its goal of colonizing Mars within the near future. Major private space companies are now the main suppliers of satellites to the International Space Station, according to earth.com, a space information focused website. Through the private sphere, individuals are incentivized to develop technologies that will be beneficial to both space exploration and, as seen before, regular human life. There is no reason why private funding should become an issue as long as the industry is appropriately regulated by NASA and the federal government.

Unquestionably, space exploration is worth it. Not only will it continue to be a center of technological and environmental progress, but also a growing industry that can only benefit the general public. Similar to what President Kennedy once said, we shouldn’t do it because it is easy, but rather because it is hard and critical to humanity’s advancement. 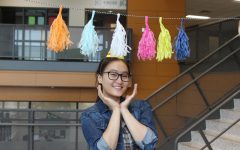 After surviving junior year, Kerui Yang is proud to say that she has officially made it to her last and final year at EHS as a senior. Even though she...

Let’s take a lesson from sci-fi: space is dangerous

Although he’s most known as the mastermind behind Tesla and the focal point in memes, Elon Musk is also heavily involved in space travel. Musk’s company SpaceX has ambitious plans to develop a colony on Mars, making humans a multiplanetary species. However, our steadily progressing interest in space travel illuminates several serious concerns regarding the effects of human presence in space, including pollution, the hazardous progression of interplanetary meddling, and the astronomical costs.

During the Industrial Revolution in the 18th century, people displayed an instinctual drive for wealth, destroying the environment in the process. Based on the current increasing privatization of space exploration, there is an imminent risk that humans could destroy interplanetary ecosystems, just as they have exploited the terrestrial environment in the past.

Already, the National Geographic reports that an accumulation of satellite debris is forming in Earth’s atmosphere. While the article criticizes this “space junk” as a problem for launching future satellites into space, I believe that the growing presence of debris in the atmosphere raises a more pressing concern: the negligence surrounding minimizing impacts on the environment. If those involved in designing, manufacturing, and launching satellites are allowed to amass debris in the atmosphere, what will prevent corporations from bringing the pollution plaguing Earth, and now its atmosphere, to other planets?

Jeff Bezos, the CEO of Amazon and wealthiest man alive, has another potentially harmful goal for space travel—mining. On the Blue Origin website, one of Bezos’ companies, he credits the “unlimited resources and energy” of space with opening the door to opportunities for economic development and technological innovations, which he compares to the advancements of the Industrial Revolution. An article from BBC’s Science Focus Magazine mentions that potential mining destinations include the Moon, Jupiter, near-Earth asteroids, and the Asteroid Belt.

The prospect of mining and potentially destroying these nearby environments reveals another issue with space travel: the aggrandizement of human entitlement and ego. Already humans disregard maintaining the environmental integrity of their home planet, one that they share with millions of other species, causing rapid climate change and the looming threat of mass extinction.

Although arguments can be made that mining in space alleviates the strain on our limited supply of terrestrial resources and prevents the harmful practices of mining fossil fuels on Earth, this viewpoint minimizes the concern over the effects on the other planets. The geocentric philosophy of mining outside of Earth for our benefit will lead to the brutal and destructive exploitation of the solar system.

Rather than learning from our mistakes in ignoring the limits of resources and measures to prevent ecological degradation on Earth, plans to expand mining to an extraterrestrial scope are only inflating the problem. Blue Origin’s goal to exploit these resources normalizes the idea of maintaining unsustainable economic and industrial growth while disregarding ecological conservation.

In context with the impending threat of space warfare, reliance on raw materials from unstable sources is irresponsible. According to Politico, the United States already relies too heavily on its space and military advantages, and with the rise of China and Russia into the forefront of technological innovation, warfare in space is approaching. President Donald Trump has mentioned creating an extension of the U.S. military dedicated to extraterrestrial combat, what he calls a “space force.”

The modern competition for dominating space is eerily similar to the Space Race of the Cold War. Although countries remain invested in the intense nationalism of space travel, the rivalry between Musk’s SpaceX and Bezos’ Blue Origins, driven by the possibility of cosmic profits, ties in a new aspect of the Cold War tensions: excessive economic risk.

Space travel, especially through the lens of its economic and social drawbacks, is incredibly expensive. For instance, according to the Planetary Society, NASA’s annual budget hovers just above 20 billion dollars, 45 percent of which goes toward human space flight. In comparison to the United States government’s other spending, NASA’s budget is not a substantial sum of money. However, it is still money spent on the prospect of resource exploitation and fantasy that could easily be destroyed or rendered inaccessible at the advent of a hostile conflict in space.

Therefore, when it comes to the unknowns of space, we need to reflect on our history before allowing our insatiable desire for conquest to drive society toward the unrealistic fantasy of grand space exploration. 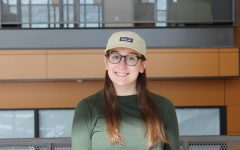 Reagan Stanchfield, senior and copy editor, has a deep love for journalism, which she hopes to develop while writing for Zephyrus. When not doing excessive...