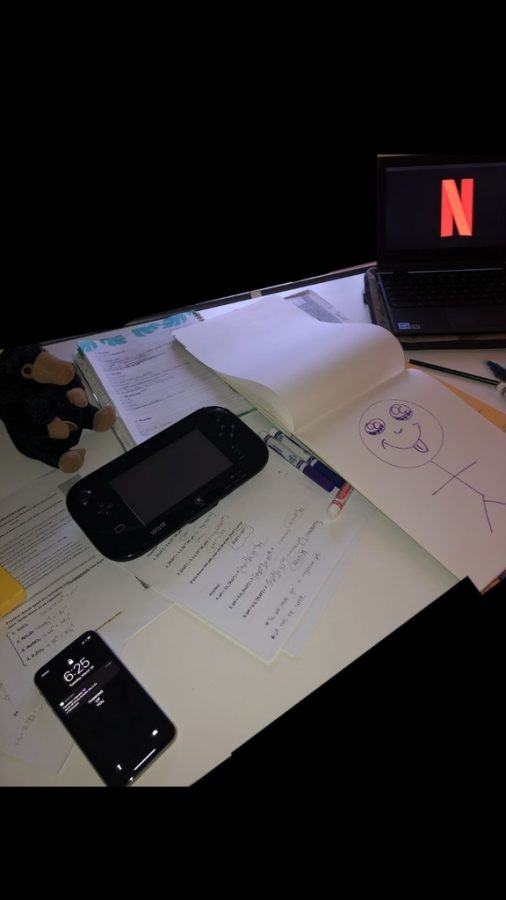 In a historic, unheard-of move, an Edina High School study group has announced that they will begin to use their meetings effectively and productively. According to the U.S. Department of Education, 99.47% of alleged ‘study groups’ are, in reality, pretexts for high school students to gather at coffee shops, libraries, and other places that provide a scholarly disguise for illicit procrastination. Nevertheless, an EHS study group has made the unanimous decision to defy the odds and end off-task behavior for good.

The study group was formed by juniors Eleanor Ortiz, Levi Choi, Harper Partanen, and Ian Patel for their AP U.S. History Class. However, the group’s weekly meetings at Starbucks were quickly overcome with procrastination. “Levi keeps blaming me because I brought my Nintendo Switch one or 12 times, but it’s not my fault,” Ortiz said. “He and Harper were the ones who were getting distracted most of the time, not me.”

According to a statistical analysis by Stanford University, it took an average consumption of 3.9 venti Mocha Frappuccinos (equivalent to 4.2 Oatmilk Honey Lattes or 2.7 Caramel Macchiatos) per member before anyone took out study materials. “Honestly, I just came so I could get coffee,”  Patel said. “I don’t really know any of the people in the group. I don’t think I’m even in APUSH.”

But this semester, the group has vowed to turn things around after receiving advice from several WikiHow, Quora, and Reddit users. “I made a study plan, and found some review materials,” Partanen said. “I made one last semester, and everyone else kind of ignored it. But, like Reddit users u/MasterOogway397 and u/gelflingrebellion advised, we’re going to stick to it this semester.” All the members have also signed a pledge to stop distracting others during meetings, avoiding behaviors such as recruiting other patrons for TikTok videos, ‘ironically’ watching Peppa Pig videos on YouTube, and playing Harry Potter trivia Kahoots.

In addition, Choi has spent several hours researching study techniques on Wikipedia. “I personally think the key is using old methods with new mindsets,” Choi said. “We’re going to keep bringing the AP review books, but we’re actually going to open them. Now that we’ve committed, I’m sure we’ll get something done.”

If the study group manages to use their time effectively, they may improve their dismal grades. On the first semester final, the group earned an average of 97%, bringing shame to the entire city of Edina and causing EHS to be named “The Worst High School in America” by the Princeton Review.