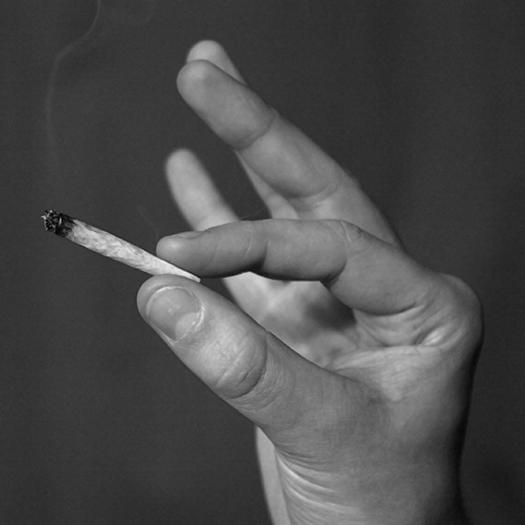 Why Social Stigmas Are Holding Back the Legalization of Marijuana

The negative stigma that exists surrounding marijuana users is curbing the legalization of the drug.

With the recent legalization of marijuana for recreation in Colorado and Washington, it seems there has been a wave of legalization debates for medicinal and recreational marijuana use. Because the medicinal benefits of marijuana are backed up by extensive research, why is it so hard for legalization to get passed? Especially when alcohol, a substance proven to be far more harmful than marijuana as shown by a report conducted by American Scientist, is legalized already.

The point isn’t to say that everyone should smoke pot all the time because it should be done in moderation. But why is legalizing marijuana more difficult than legalizing alcohol? I can’t help but wonder if it has to do with the negative stigmas around the type of person who smokes pot versus one who would consume alcohol. Negative stigmas surround the ideas of people who smoke pot, and they are clearly labeled by society.

One organization, alcoholrehab.com, which is dedicated to providing unbiased comprehensive information about users, researched the stigmas behind pot smokers, and has been investigating this issue.

“A stoner is a person who chronically uses marijuana and is always under the influence. They typically do not have jobs, they have low intelligence and are a dysfunctional member of society. A stoner is usually seen as a younger person or a person who does not fit into their own peer group. They are unkempt, have long hair and listen to certain types of music and wear certain types of clothing,” they said in a report.

However contrary to this stigma, they found that stoners who did not fall under a specific age group, and are smoking pot for medicinal reasons, are able to maintain healthy relationships, and are functioning members of society. This stigma plays a powerful role in the way we view the legalization of marijuana. Their research also concluded there was not an as strong a stigma behind drinkers.

Further research and interviews suggested that these stigmas also exist at Edina High School. “I’ve met many people assumed to be pot smokers. They’d never even thought of trying pot. I’ve also met many people I never imagined as pot smokers, those who dress preppy and spend lots of time focusing on their future, and yet they’re regulars,” said EHS junior Patricia Jackson.

Most students reported they understood that there are all kinds of people who smoke pot, but that they did have a typical label set in their mind when they thought of stoners.

A common theme found in what people thought of marijuana users is that they sleep in, skip class, or get bad grades in school. However, when asked about the “kind of person” who drinks, there wasn’t as much of a negative response.

Drinkers are more seen as partiers.”

“Drinkers are more seen as partiers,” said EHS senior Emily Youel. When asked, many students said they were more likely the so-called popular and well-liked kids who they saw as drinkers.

I believe that stigmas around marijuana use affect the campaign to legalize marijuana, even medicinally. It is viewed as an enabler of bad behavior, and associated with being lazy, unintelligent, and having an overall lack of character. The way society has labeled marijuana users makes legalization seem foolish, as if it only encourages these negative character traits. I’m sure if someone wanted to smoke pot they could easily find an illegal way to do so. The main thing that not legalizing pot is affecting is the ability for doctors to treat their patients using marijuana. Research has found that the legalization of pot would help numerous conditions such as Alzheimer’s, anxiety, cancer, glaucoma, epilepsy, and more.

For example, according to research conducted by Harvard College, marijuana may have anti-anxiety effects in small doses. Also, according to research in the journal Molecular Cancer Therapeutics, cannabidiol found in marijuana, turns off a gene called “Id-1,” which cancer cells use to spread. So, if anything, it seems like a no-brainer that marijuana should be legalized for medicinal reasons.

It also seems to make sense that marijuana should be legalized for recreational purposes if it’s less harmful than alcohol, and would help save millions in enforcement costs. According to the Students for Liberty, after the legalization of pot for recreation in Colorado, there has been a 10.6% decrease in crime, 60% decrease in homicide and 5.6% less violent crime. It helps the community, and is far less harmful than alcohol, reported New York University’s Center for Drug Use and HIV Research.

If it truly is a safer and more helpful substance than alcohol, I believe what holds legalization back is the social stigma surrounding the drug. The debate of legalization reveals how truly ridden our culture is in social labeling, and the influence they have over legislation.

Disclaimer: The views and opinions shared in this article are those of the writer, and not Zephyrus as a whole.