Unfortunately, plenty of students cheat. Many students at Edina High School have probably noticed their peers peeking at other papers during tests or have done so themselves. Cheating means deciding that a good grade is more important than learning and that it is worth the risk. Unfortunately, if a cheating student isn’t caught, there’s nothing to deter this mentality. The potential repercussions, however, should make most students think twice about looking over their neighbor’s shoulder.

School policy says that for sophomores and older, a first offense calls for a one-day suspension, a second offense means a one to three day suspension and a third offense a three to ten day suspension. For freshmen, discipline is less severe, though multiple offenses still result in suspensions. This policy was last revised on July 17, 2018, replacing a more lenient one where the consequences for all students was the same as the current ones for freshmen.

In order for this system to actually come in to play, a teacher first has to report a cheating student to building administration. Next, the teacher calls home, and the student is brought down to the office. “I would have a conversation with them about what led up to it, ” Assistant Principal Michael Pretasky, who works with students frequently on issues of academic dishonesty, said.

“Then I assign something called Pathways, which is an in-school suspension. They would go during their student prep to visit with a Pathways coordinator, which would be one of our social workers, who will work with them on something called a restorative plan,” Pretasky said.

A student’s restorative plan involves a reflection and a strategy to rebuild trust with their teacher. Pathways, which is for a first offense, does not go on a student’s disciplinary record and so is not reported in a college application. If the cheating continues, however, discipline will be more involved. 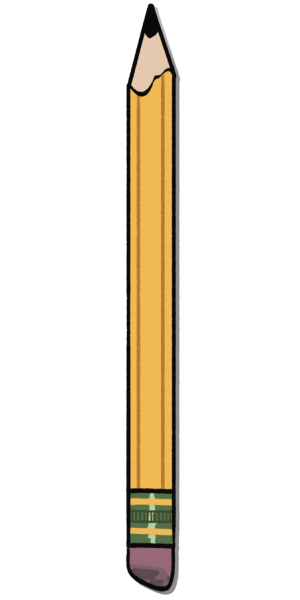 Once a student gets an out-of-school suspension, this behavior has to be reported on the Common Application, which gets sent to almost every college a student will apply to. Counselors also send their own reports to the colleges to explain the situation. At EHS, the focus of intervention is on adjusting the student’s behavior rather than punishing them, because later on, the consequences can be much worse.

While policies at different institutions vary, students with a record of scholastic dishonesty are often ineligible for scholarships and less likely to be admitted to selective colleges. In the case that scholastic dishonesty goes unreported and is discovered after admission, some colleges may choose to revoke scholarships or even admission. If the behavior continues in college, a student could be suspended, expelled, or lose credit for a class even if they’ve paid the tuition.

In the event that their peers cheat, students should feel welcome to report it. “Students here work really hard and put in a lot of time. I think it’s frustrating to them to see somebody who’s copying, or cheating, you know, and not putting in the work,” Pretasky said. If people feel the need to report, they should tell their teacher. Ultimately though, the decision is at the student’s discretion.

When a student has already gotten scholastic dishonesty on their record, it’s best to reveal it upfront to colleges, rather than try to hide it. “We tell our students, that if it has happened, that they disclose that it took place and explain what was the circumstance, so that there’s a consistency between what the student puts down on their application as well as what the counselor puts down on their secondary school report,” EHS college counselor Bill Hicks said.

If there’s a discrepancy between the two reports, colleges will often contact the counselor to figure out the accurate details of the situation. At the same time, colleges understand that people make mistakes, so admitting a record of scholastic dishonesty isn’t the end of a student’s college dreams.

Cheating increases the chances of complications that no student or administrator wants to deal with. If a student is struggling, it’s best to seek help from teachers rather than resort to less-than-honest behavior.