In September, the New York Times controversially published an anonymous editorial detailing an alleged resistance within the Trump administration. People have raised questions about the validity of the article due to its anonymous nature, while others have commended it and said that we should trust the claims the author makes.

The New York Times opinion section has been recently overshadowed with real-world news being too inflammatory to ignore. However, this trend reversed earlier this month when their own opinion page became front page news. A senior official within the Trump administration wrote an anonymous op-ed describing their resistance to the President’s agenda from within the White House, making major waves across the American news cycle.

But beyond the momentary fervor, the anonymous opinion editorial raises some interesting ethical questions. First and foremost, should a media source be able to publish incendiary material anonymously, and if so, does it discredit the validity?

The First Amendment guarantees the freedom of speech and press; this alone should be enough in protecting the author’s choice of writing an anonymous opinion article. If the government made an exception, forcing the New York Times to reveal the author, then these actions would set a precedent, weakening the power of the First Amendment, and thus the Constitution.

Beyond the First Amendment, most people who are in a similar situation to that of the author, providing inside information to the world, are uncomfortable giving their names as it will immediately have adverse effects. If an anonymous whistleblower, or a person who exposes any kind of information or activity that is deemed illegal not correct within an organization, were exposed, they would be instantly fired and blacklisted. Just because certain information was obtained from an anonymous source does not invalidate the legitimacy of the article.

For example, Mark Felt, the associate director of the Federal Bureau of Investigation, provided anonymous, yet groundbreaking information to the Washington Post. This information blew open the Watergate Scandal and ultimately led to the resignation of President Richard Nixon. Similarly, Robert McCarthy, a field solicitor for the United States Department of the Interior, undisclosed the Department of Interior’s misuse of three and a half billion dollars.

Publicizing an anonymous article or accusation may be an integral part of gaining retribution for someone who has gone through a traumatic experience. The “Me Too” movement has progressively grown since its inception in October 2017. Vox reports, “over the past year, more than 200 powerful people – celebrities, politicians, CEOs, and others – have been the subject of sexual harassment or assault allegations.” The majority of these allegations were put forth anonymously, yet despite challenges, have been proven true. Anonymity helped to provide victims the courage to step forward without the potential backlash from their persecutor. This allowed for more people to tell their valid story, which made the movement more powerful. The sheer number of allegations brought attention to the situation.

“I think that [anonymous sources] are a good thing because [the reporters] can still get a source, and if the person doesn’t want to reveal their identity, they can protect themselves while the reporter gets the information they need.” – Jack Pierre ’20

Few people initially believed that the beloved television and comedian star Bill Cosby would have drugged and sexually assaulted innocent and unsuspecting women had it not been for approximately sixty women who came forward. Many of those initial victims came forward anonymously due to fear of the stigma, potential repercussions, and not being believed. This movement recently led to Bill Cosby’s conviction in a federal court, proving that the anonymous accounts of many women were true.

Additionally, many people are afraid to speak out against venerated institutions unless they can do so anonymously. For many years, the Catholic Church has been covering up its history of indiscretions. The victims felt conflicted about coming forward and wished to remain anonymous. Many priests were relocated to other parishes instead of being punished for their crimes, ultimately leading to the Catholic Church setting aside over three billion dollars for future settlements according to several news sources. This story was enabled by undisclosed sources.

The New York Times, as big as it is, had already vetted the author of the article before they decided to publish it. There is no incentive for them to publish a false article as the repercussions of doing so are severe in the long run. The Times’ reputation would gravely suffer if the stories were proved untrue. Furthermore, there are laws protecting against libel and slander, so even if an outlet did want to publish something particularly scandalous, they would be limited by the law. Therefore, publishing an op-ed article anonymously should not jeopardize its validity in any way. 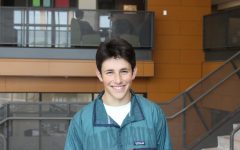 Anonymity puts the truth in question

A recent New York Times op-ed written by a senior White House official in President Trump’s cabinet has divided Americans due to its anonymous authorship. The writer stated that he or she was a part of a resistance against President Trump, covertly making decisions and controlling the president’s impact, citing examples of the president’s reprehensible behavior. The article has brought to light some issues that the public had been previously unaware of. The article’s contents were shocking, which led experts to question whether or not a prestigious newspaper such as The New York Times should publish such a volatile piece of anonymous writing.

Some believe that the article maintains its validity despite the author’s anonymity. Many cite that the senior White House official was wise in protecting his job and himself from retaliation by choosing to remain anonymous. On the other hand, some politicians, both Republicans and Democrats, criticize the article, calling it cowardly and untrustworthy.

“I do think that there are some problems with anonymous sources and anonymous written articles and their credibility. I don’t think it’s the best thing to be anonymous.” -Grace Wolf ’19

Due to the fact that it is anonymous, readers cannot hold the writer accountable for any incorrect information that is published, either intentionally or unintentionally. Additionally, due to shield laws, policies that prevent publications from revealing confidential sources,  and the first amendment, these sources are protected from being revealed. The blame falls on the publication instead, which sets a precedent that risks endangering public trust in news sources.

Anonymous sourcing requires great amounts of trust from both the news organization and readers. Readers are required to trust that the publication has adequately vetted the source and that the source has disclosed factual information. At the same time, the publication is required to trust the information that is provided by the anonymous writer. Despite the fact that news sources may use background checks to vet their sources, there is no method to examine the author’s motives. In settings such as the White House, where there is little inside information made public, journalists have little opportunity to verify their source’s claims. The New York Times stated that they relied on a trusted middleman to connect them with the op-ed writer. This is hardly enough evidence to support the notion that the public must trust the words of this writer. On one hand, readers are told to blindly trust the information that they are given. On the other hand, readers are told that they should be cautious when choosing to trust these types of articles due to the fact that they are anonymous opinion pieces. Such advice puts the validity of a news publication in jeopardy. It is important that the public trust its news sources to provide them with factual content, so it is imperative that we are able to hold our providers accountable in the event that the information is incorrect.

More importantly, anonymous sourcing sets a dangerous precedent and leads the journalism community down a very slippery slope. If we should be able to trust anonymous sources just as much as we trust named sources, when do we draw the line? Much of what experts and named sources say can be deemed as incendiary, controversial, or polarizing. If named sources feel that they can be seen as valid as unnamed sources, there is no incentive for them to provide their names. This lack of accountability will put publications’ legitimacy into question.

Such freedom allows for any individual to pen incendiary content. Furthermore, the op-ed paves the way for any whistleblower or opposition member to publish their opinions on a large scale without providing journalists a method of checking the motives. It is impossible to discern what the writer’s motives were behind his article despite the research and vetting that the New York Times has conducted.

Anonymous sourcing has its place in journalism. It has played a key role in bringing to light many controversies and scandals; however, it also has its drawbacks. It deprives readers of the ability to evaluate an article’s accuracy and the writer’s credibility, forcing them to rely on the opinions of a publication’s editor. If unchecked, such methods can very well lead to the discrediting of key media sources especially in the case of anonymous op-eds. Newspapers are not a vehicle for raging protesters, and thus should not be used as such. 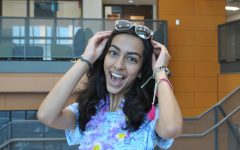