Youth push for a cleaner tomorrow 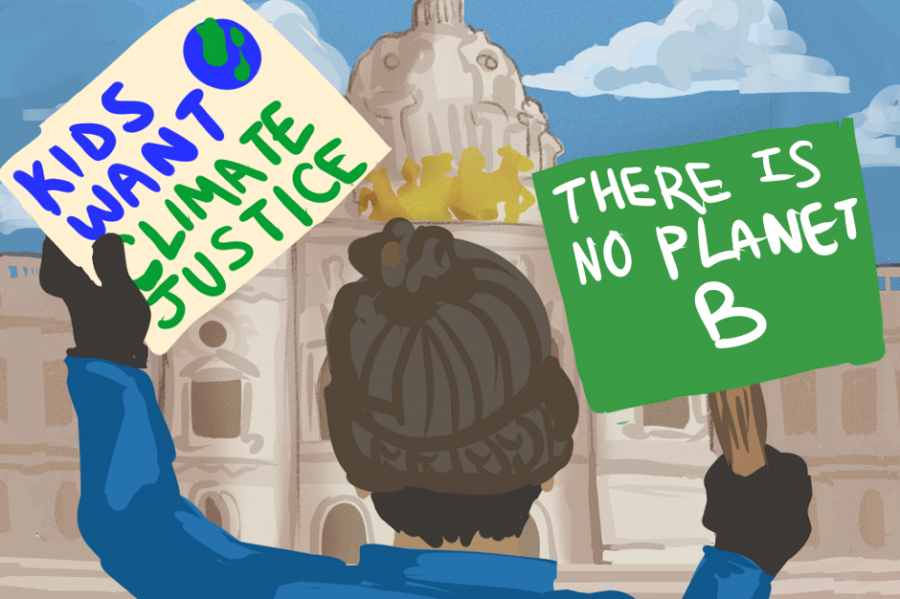 All around the world, students are protesting for governmental action on climate change. With hopes of influencing politicians as well as the next generation, the youth are fueling environmental action. Minnesota is a place where this advocacy is occurring. On March 15, three strikes protesting climate change will happen, one at the capital from 12:00-2:00 PM, another in Rochester at the Downtown Peace Plaza from 12:00-2:00 PM, and finally one in Duluth at the People’s Power Plaza from 4:30-6:00 PM.

Recently the UN published a report that climate change would be irreversible in 12 years if it was not actively combatted. One of the responses to this was the recently introduced legislation called the Green New Deal, which lays out a large investment into clean jobs and infrastructure that use renewable energy, as well as methods to decrease economic inequality, as well as rein in carbon emissions. One of the goals of the strikes will be to show support for the deal, which was introduced by Democratic freshman members.

Many students in Minnesota are leading the cause including sophomore, National Outreach Director, and MN Co-Lead, Anna Hottinger. The protest is completely youth directed and run giving it a younger voice that many feel allied with. “Youth who are organizing the movement are currently writing emails, figuring logistics out, getting youth involved, fundraising, and so much more. We started with putting together a national team and then branched out with state leaders to work on how each state can create and organize a successful strike,” Hottinger said.

The Green New Deal isn’t the only reason why youth are protesting, it’s a matter of the future and preserving it. “We are striking because our leaders have yet to recognize and prioritize the climate disaster. We are also striking because if we don’t attend school, the system is later forced to address the issue. And this issue is dire and time sensitive. We as youth deserve to have a place to be in our futures,” Hottinger said. The strike is one way protestors feel they can get attention, forcing schools, as well as the government to acknowledge that climate change is an urgent issue.

The strike isn’t the only thing students are doing. Many are actively lobbying at the capital to gain traction and joining organizations to fight environmental degradation. Organizations such as MN Can’t Wait, iMatter, and The Sunrise Movement are Minnesota-based organizations that young people can get involved in.

The strikes indicate that the youth of today aren’t willing to wait until tomorrow to take action on climate change. They allow young people to push for legislation and overall advancement of environmental goals.