What to Expect From “12 Angry Jurors”

This weekend, EHS thespians will put on the one-act play "12 Angry Jurors". 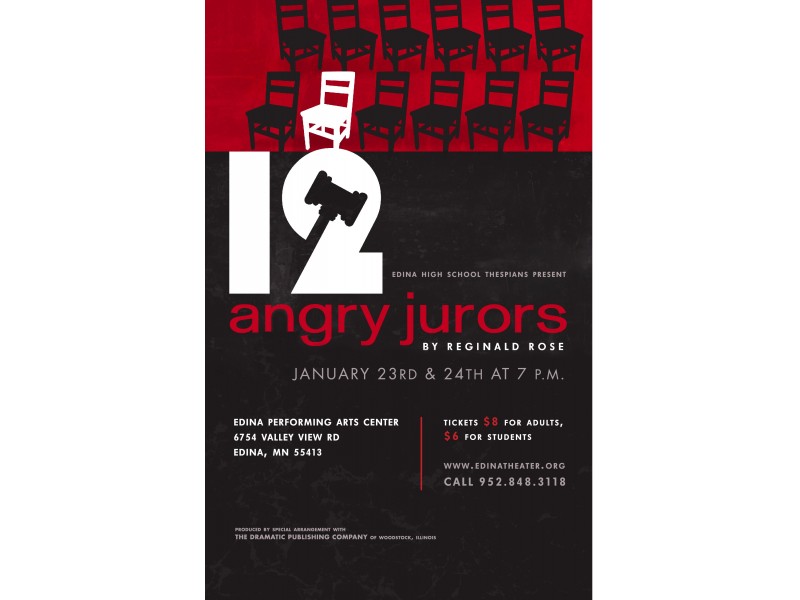 Every year, the Edina High School thespians present a one-act play in the winter. This year, they will put on “12 Angry Jurors”, which is a modified and updated version of the once all-white and all-male play entitled “12 Angry Men”.

After performing at EHS, the cast and crew will take the show to the Minnesota State High School League One-Act Play Competition, along with the Minnesota Thespian Conference to compete for awards.

EHS teacher Fred Cheng will direct the play alongside Theater Director Tony Matthes. “12 Angry Jurors” will be shown on Jan. 23rd and 24th at 7 p.m. at the Edina Performing Arts Center.