The importance of the plastic straw ban: a misleading misconception 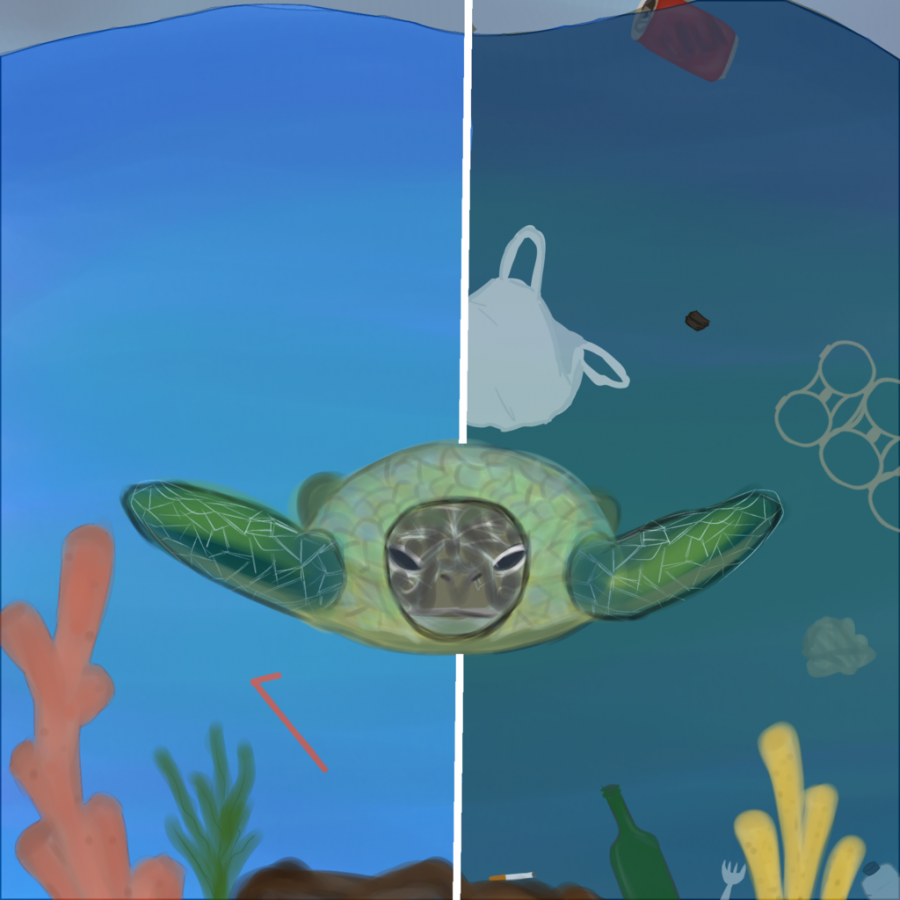 Just because VSCO girls tell you that the best thing you can do to help protect marine wildlife is to buy a metal straw doesn’t mean it’s true. While the trend of reusable straws has exploded across social media and pop culture, there’s a lot of information that may dispel this false narrative.

Already banned by multiple cities such as Seattle and Miami Beach, plastic straws are disappearing from restaurants and coffee shops. In the beginning of 2019, California banned full-service restaurants from distributing plastic straws, and as of April of 2019, Oregon only allows straws to be distributed upon request. Businesses like American Airlines, Marriott hotels, and Starbucks removed them altogether.

The criticism of plastic straws can be traced back to a single video of researchers in Costa Rica finding an olive ridley sea turtle with a straw in its nose. Posted to Youtube on August 10th, 2015, the video has more than 37 million views. Although the video is gruesome and saddening, the social movement instigated by this incident is misleading in its actual effect on plastic in the ocean. My intentions are not to make the story of the turtle seem insignificant, but in the same respect, I want to prevent other environmental issues from being overlooked.

One of the researchers that came to the aid of the turtle was Marine Biologist Christine Figginer. In an interview with Wendy Zukerman for the podcast “Plastics The Final Straw”, she said, “I’m getting worried that straws are taken out of context and presented as the Holy Grail that will solve all of our plastic issues. They are not, they are definitely not. So the straws are just a poster child for a bigger issue, and that is the issue of [single use] plastics in general.” According to National Geographic, plastic straws make up just 0.025% of the eight million metric tons of plastic in the ocean. Cutting down on plastic straws can help alleviate a portion of that immense amount of waste, but there are more pressing issues that are hiding in the shadow of the plastic straw.

In addition, decreasing the use of objects like plastic bags, styrofoam, and plastic utensils, as well as avoiding over-consumption of products you may need, such as clothes, can have a bigger impact on reducing plastic waste in the ocean.

Those who truly need disposable straws due to a disability typically use plastic. Compared to metal straws, they are the most sterile, versatile, and flexible option in the market. However, if you aren’t in a genuine need for a disposable straw, try to avoid using them.

For everyone, the best thing to do to help the environment is to cut down on the personal consumption of all types of single-use plastics, including bottles and bags. They’ve been telling us the solution for years: reuse, reduce, recycle.