The fight for equitable restrooms

During their senior year of high school, Lampron assisted with the planned construction of gender-neutral bathrooms at the high school during EHS’ expansion. Lampron, alongside Assistant Principal Mike Pretasky, hoped that these gender-neutral restrooms would create a more accessible campus for transgender, non-binary, and gender non-conforming students.

“We wanted to provide a safe space for students, so that everybody felt like the building was tailored to them—a space that reflected our student population,” Pretasky said. 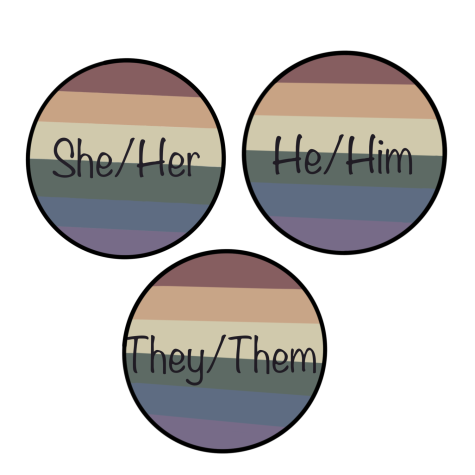 Several new gender-inclusive bathrooms were constructed and strategically placed around high-traffic areas of the school for easy access. However, months after the initial construction, these restrooms were often locked and unavailable due to student misuse and maintenance. During their senior year, Lampron often reminded district administrators to leave the gender-neutral restrooms open for use. Throughout 2016, emails from Lampron to Pretasky alerted administration of the regularly unavailable all-gender restrooms and Pretasky stated these occasions were not “administrative decisions;” however, Lampron recalls the restrooms were still consistently closed, locked, or unavailable after the email exchanges.

“There was nobody who prioritized [equitable restrooms] except me,” Lampron said. “Because I was a senior, it was so hard to feel like I could do anything sustainable—that’s why I had to do the bare minimum, which was just ‘have bathrooms open for people to use.’”

Some students, like Kratz, resorted to alternate solutions rather than encountering locked gender-neutral restrooms. Despite the inaccessibility and inconvenience, he often used the nurse’s restroom and needed to receive regular hall passes for the delay in returning to class. Current Gender and Sexuality (GSA) advisor Kari Discher notes that the group is still working to maintain equitable restroom access—the GSA is hoping to expand the number of gender-neutral restrooms on campus.

Locker rooms at the high school were similarly inaccessible to transgender and non-binary students. Constance Fantin, the mother of a 2020 EHS alum, ultimately paid for her student to take an online gym course for this reason. Although a private changing area had been added, the student didn’t feel comfortable entering the men’s locker room. When the student had attended Valley View Middle School the previous year, the school had paid for them to take an online gym class.

“The second year, we had to pay for it because the high school had made these accommodations. They felt that was good enough, and it just [wasn’t] comfortable,” Fantin said.