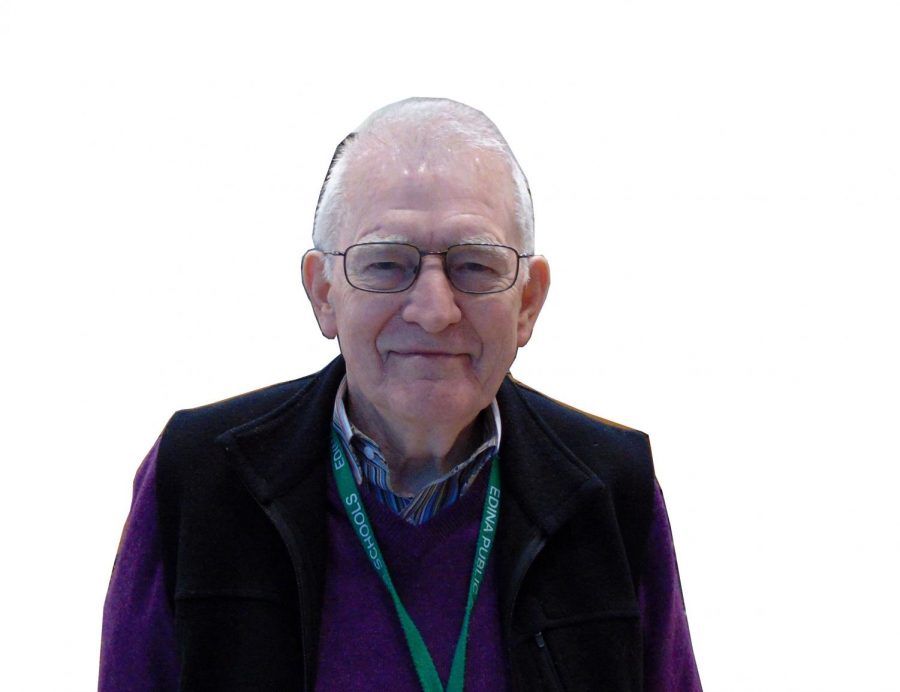 Year after year, many students experience the same substitute teachers. Not only are they teachers, but to many, they are icons; some of us have even known them since elementary school. Ms. Coon, Mrs. Whaley, Mr. Brand, and Mr. North, a few examples, are all familiar faces to Edina students and can be seen as more than just substitute teachers.

Mr. Brand is some students’ favorite substitute. Brand started teaching in 2002, and his favorite subjects to teach are social studies and history. When asked what his favorite thing about teaching is, he expressed, “I like the concept and the repertoire I build with the students. Seeing them in the halls and in the classrooms, there’s the academic side too where we help them with their classwork, and then there’s the repertoire you build with them when they say ‘Hi Mr. Brand’ in the hallways and that’s what I like most about it because that’s something you can’t get with a check and spend it,” Brand said.

Brand also elaborated on how it feels to be so well-recognized, “It feels good. That’s a knife that can be cut both ways in a hurry. You can be well known for all the wrong reasons and all the right reasons and well known for all the wrong reasons. When I started out I was pretty rough around the edges and I thought I’ve learned how to hone my skills. It’s nice to be known and recognized and liked and people saying hi to you.”

Brand went on to explain encounters he’s had with parents, students, and teachers as a substitute, “When I used to work at Target, people would say ‘Hi Mr. Brand, hi Mr. Brand’. And it wasn’t just from the students, adults, and teachers too. I would see total strangers say ‘My son had you in class, you’re the nicest person!’ It’s nice to have a good reputation, it’s something that can outlive you. You can’t take anything to the grave, your riches, but the reputation you leave behind is the most rewarding.” Brand said.

Another substitute than many of us know is Mr. North, with his whistle and his notorious speech about trust and respect.  A teacher since 1959, this year is North’s six consecutive year subbing in Edina. His favorite subject to teach is math, but he loves to teach any subject. North explained his favorite thing about teaching, “Doing work that requires mutual respect and trust in order to be meaningful and successful. Nobody spots a phony faster than teenagers. At my age, I’m a senior citizen, what a gift it is to know that I’m doing something important and that I’m needed.”

North continued on to express how it felt to be a famous sub among students, “If you sub enough over a period of time, you become ‘known.’ My objective as a sub is to do business with students based on mutual respect and trust. And to be perceived by host teachers as an effective classroom manager who is accepted by students.”

As virtual substitutes have become more frequent this year, some students have become accustomed to them and are starting to prefer them. Others are wondering if virtual subs become more common in schools what will happen to substitute teachers. Although sophomore Alexa Schedin says her favorite in-class substitute is Mr. North, Schedin explained why she prefers virtual subs, “It allows you to work on your own time and it is very flexible, it also allows you to feel a sense of independence.”

Brand also conveyed his thoughts on virtual subs. “As a building sub, it doesn’t affect me as much, but I would hope that it works the way everyone thinks it would work. Everyone would go where they’re supposed to be on time,” Brand said.

Brand continued, “As long as there are crowds of people and my first thought as a teacher was if there was a problem and something went down what would happen but, the students are in the commons and the cafeteria which is much safer.”