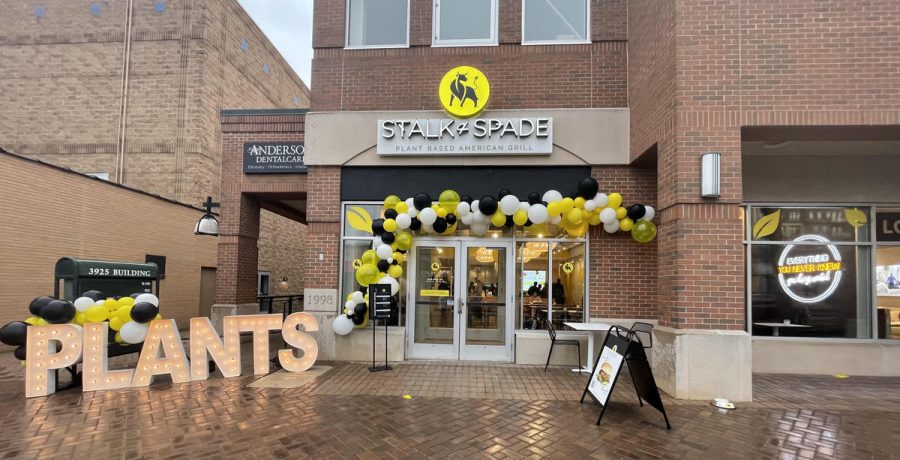 On April 29, Stalk & Spade, a 100% plant-based and dairy-free fast-casual restaurant, opened the doors of its new 50th and France location. The new franchise is owned by former Olympian and NHL star David Backes and his wife Kelly. It is the first of four anticipated to open across the country this year and it joins a pre-existing Wayzata location.

Stalk & Spade’s menu has multiple types of burgers, “chick’n” sandwiches and nuggets, ice cream, shakes, fries, and dipping sauces—all guaranteed to be plant-based and dairy-free. Stalk & Spade developed their own meat substitutes instead of buying from a manufacturer.

Smiley is looking to capitalize on the growing plant-based market. “Ultimately, our goal is to be the fastest growing restaurant chain in American history,” Smiley said in an interview with Twin Cities Business, a Minnesota-centered business news publication.

Plant-based dining has exploded in popularity in recent years as restaurants like McDonald’s, Burger King, Wendy’s, and Panda Express have begun offering plant-based meat substitutes. Over 9.7 million Americans now follow a plant-based diet, and the plant-based food market is expected to reach nearly $100 billion by 2029.

Stalk & Spade’s general plant-based label and traditional fast-casual fares capture a broad audience. “[People are] eating vegan or plant-based for health, but people are making those choices for the environment and for animals too,” said Kral. “So if you’re concerned about water usage, land usage, greenhouse gasses—so much of that is associated with animal agriculture and factory farming. Or you could just be an animal lover and not want to eat meat or [you might] have an allergy.”

Junior Ashlee Kalair expressed her excitement at having plant-based food nearby. “I went to California recently and they had so many plant-based foods and I was like ‘Oh my god, Minnesota needs this.’ And now Minnesota has it and I’m all for it, especially since it helps the environment,” Kalair said.

The restaurant’s arrival to 50th and France signals an increase in plant-based dining options beyond urban areas. “Ten years ago this wouldn’t have been a thing and people probably wouldn’t [have wanted] to try it,” said sophomore Nina Berke. If Smiley achieves his goal of making Stalk & Spade the fastest-growing chain in America, a plant-based future seems possible.