Should the US exercise price controls on pharmaceuticals?

Pharmaceutical companies are trading self-interest for the needs of the people, which goes against everything the healthcare industry is meant to stand for. Not only do profit-focused “big pharma” companies, which have skyrocketed their prices recently, disincentivize many low-income buyers from getting the access they need, but they waste resources on drugs that are not innovative. Pharmaceutical companies often sacrifice morality for elusive higher profits.

One of the major components used to justify the lack of pricing controls is the decrease in innovation they would bring. However, this is a flawed assumption. In the current economy, the phenomenon of “me-too drugs,” which are slightly modified chemical versions of the current drugs, are not fostering adequate innovation; they are wasting money. While industries justify this by saying their production is increasing the efficacy of drugs, the production of these similar drugs is taking away from the innovation that could be fostered in the status quo.

According to the European Observatory on Health Systems, 85-90% of developed drugs have little to no benefit for their patients. Price controls are key to checking this. Making selective funding would prevent drug companies from wasting money on drugs that fail to advance current drugs. The production of me-too drugs would be halted in order for companies to invest in creating new novel formulas in the field. The tradeoff between the monetary value gained from extremely high prices would at the worst make pharmaceutical companies be selective about their innovation.

One of the most prominent examples of why price controls do not drastically decrease the budget or disincentivize innovation is Columbia. A report from BMC described that, in 2011 Columbia, a country with an economy reliant on their drug sector, implemented price controls on pharmaceutical drugs. The result was a massive success, according to the Journal on Resource Allocation, Columbia’s economy boomed. Not only did price inflation decrease by 43%, which benefited the value of Columbian currency, but it also more than doubled the profit drug companies made due to increased access. Price controls are not a detriment to innovation, but create increased funding for pharmaceutical companies to innovate.

Another example of this is the majority of Europe which has implemented price controls and seen no change in their economic state. The American Journal of Managed Care described the drastic reductions which had decreases ranging from 7-24% lower prices. These lower prices forced many drug companies to be selective and refine their drug production. “Reference prices” known as a stable price assigned to a group of drugs became the standard for drug prices. Individual companies have the choice to raise those prices, but it’s up to the consumer if they want to make that purchase. However, after instituting price controls, Europe saw no shortage in innovation as many believe, but instead steady growth of innovation.

Increased access to drugs after price controls are implemented is the only moral option in our society. Right now, when purchasing drugs, those with low incomes are either forced to search for the least costly option or are forced to not get the drug access they need in the first place. The extremely high pricing rates mean that many sacrifice their health because pricing is not accessible. The National Center for Health Statistics cites that around 8% of adults who actively need prescription medication cannot afford to purchase these important drugs and risk their health and safety.

Not only is this ethically wrong, but it is also hurting the economic state of the pharmaceutical industry. A massive portion of the population is not investing in medication, a number that would substantially decrease if prices were lower. The logic behind profits decreasing is first, not supported by fact and second, fails to account for the sheer number of people that would be able to contribute to the drug sector if they had access. This increase in economic profit is further reasoning to explain why innovation would still be able to increase if price controls were implemented in the U.S. Columbia and Europe are proof that price controls can be some of the most effective ways to increase accessibility and innovation of the pharmaceutical industry. 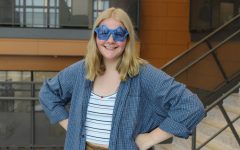 The US should not impose price controls on pharmaceuticals

It’s no secret that prescription drug prices are high in the US. However, price controls, or the imposition of a price cap on prescription pharmaceuticals sold in the United States, are not the solution.

Generic medicines, cheaper versions of well-known brand name drugs, are currently the most affordable way for Americans to get access to medication. Forbes notes in 2017 that generics make up 90% of all drugs sold in the US and are significantly cheaper in the US than in countries with price controls.

Another Forbes article from 2018 explains why: price controls would destroy the generics industry because generics operate on a razor-thin profit margin, so they barely bring in more money than it costs to produce them. If pharmaceutical companies are facing a revenue squeeze from price controls, they will double down on their products that bring in money. Generics would either no longer be produced or their prices would be significantly raised. Either way, the poorest in the US would no longer be able to access generic medicines.

The companies need this revenue because the innovation of pharmaceuticals is exorbitantly expensive. A USC study from 2018 estimates that bringing a drug to market costs $2.5 billion, so higher expected revenues directly translate to more drug discovery. By imposing price controls, the government would be killing innovation of new drugs, effectively sentencing people with diseases that lack good treatments to suffering indefinitely.

These findings are supported empirically as well. The National Bureau of Economic Research found in 2007 that cutting drug prices in the US by 40-50% would lead to a 30-60% decrease in the number of research and development projects that pharmaceutical companies undertake.

Overall, the New York Times noted in 2015 that because effective new pharmaceutical drugs bring great benefit to patients, four-fifths of the value from new drugs goes to patients while only one-fifth goes to pharmaceutical companies. Rather than constraining the pharmaceutical industry, the only effect that price controls will have is hurting consumers.

Innovation of new drugs is the key to making healthcare more affordable. Frank Lichtenberg, a business professor at Columbia University, found in 2013 that new drugs decrease overall healthcare costs by cutting down on hospital stays. For every dollar spent on innovative medicines, there is a $7.20 reduction in healthcare spending.

In fact, this doesn’t only hurt Americans, it hurts the entire world. The Journal of Law and Economics quantified in 2005 that if the US had imposed price controls on pharmaceuticals, 38% of all new drugs globally would have been lost. Price controls in the United States would foreclose the opportunity for everybody around the world to get access to life-saving treatments that haven’t yet been developed.

Price cuts in the United States would be especially harmful to the developing world. The Harvard College Global Health Review notes that pharmaceutical companies practice price discrimination across different countries, meaning they choose prices based on how much each country is able to pay. In this way, low-income countries get access to crucial medications because high-income countries, such as the United States, are effectively able to foot the bill for them.

In recent years, high prices in the US specifically have become exceedingly important, because nearly every other high-income country has imposed price controls. If the US follows suit, the developing world will lose access to medications. The Minnesota Law Review explains in 2018 that high prices in the US make pharmaceutical companies willing and able to offer low prices to low-income countries, meaning the government has an obligation to consider that imposing price controls would take treatment options away from people living in the most impoverished areas of the world.

For just one example of this, the same USC study from before concludes that 20.9 million people in the developing world have access to breakthrough HIV medicines because of high American drug prices.

While price controls may make sense in theory, in practice they would only hurt the poorest in the US and around the world, while stifling innovation of much-needed new medicines for everyone. 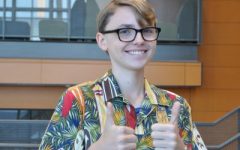 Theo is a senior and third-year Zephyrus member. As a copy editor, Theo is able to stoke the fires of his passion for journalism. When not writing articles,...