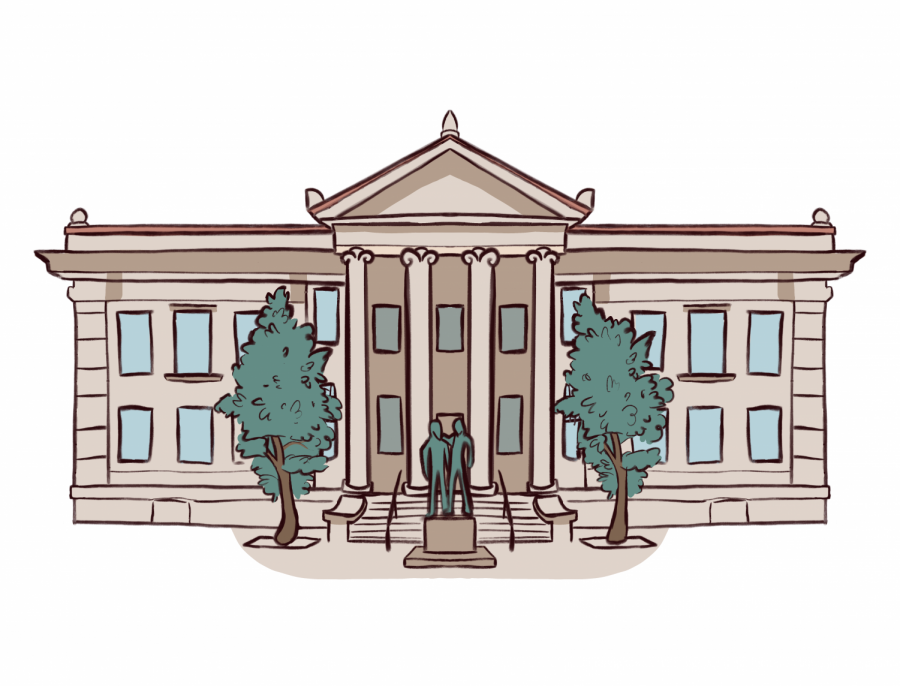 This article was originally published in Zephyrus’ November print edition. It contains sensitive material regarding sexual assault—read at your own discretion.

Reports of sexual assault at the University of Iowa and the University of Kansas have sparked student-led protests against the universities’ ineffective safety programs and often coercive campus cultures. With these reports increasing and college application deadlines fast approaching, Edina High School students have begun to hold their future universities accountable.

“It just reveals a lot about a school the way they respond to different sexual assault allegations… When people go off to college, they kind of initially get this idea that their actions don’t have consequences simply because they’re unfamiliar with the adult world,” Einhorn said.

Reports of sexual assaults on both campuses have tainted the institutions’ reputation in the eyes of their current students. In August of 2020, current University of Iowa student Makena Solberg filed a sexual assault report with the Iowa City Police Department against two members of the fraternity Phi Gamma Delta. Solberg reported that while at one of the fraternity’s functions, the two men drugged, raped, and filmed her under the influence. This September, after over a year passed, police had done little more than search the fraternity house. Enraged, students marched through the streets of Iowa City brandishing “Ashamed to be a Hawkeye” signs and calling for the fraternity’s removal.

Similar protests occurred at the University of Kansas this September following the reported sexual assault of a female student at the Phi Kappa Psi fraternity house. Statements from University Chancellor, Douglas Girod, and the Lawrence Police Department stated that investigations were underway. However, approximately 1,000 KU students gathered outside the fraternity house to protest the alleged sexual assault and call for administrative action against the fraternity. Neither the statement from Girod or LPD addressed the removal of the fraternity, despite these protests.

It’s no surprise that the University of Kansas and University of Iowa students would advocate for safety on their own campuses. Additionally, the rise of sexual assault reports being filed on campuses nationwide is impacting the factors EHS students consider when looking for places to apply.

“Where I’m going to spend the next four years of my life, I want to feel safe there and I would hope that my fellow students also feel safe… There are some very basic safety precautions that I think a lot of campuses should be taking,” Einhorn said.

Luckily, most college campuses are currently implementing safety procedures and programs to make their students feel safe in their environment. The Aurora Center, a shared entity of the University of Minnesota-Twin Cities and Augsburg University, provides a free and confidential space for survivors, victims, and allies of sexual assault. Conversational spaces like the Aurora Center benefit students by providing support for victims of sexual assault and educating others through conversation.

“Understanding that these entities are common on campus and that it’s okay to access them and understand that they exist should be part of the conversation. If someone can understand the impact sexual violence has, it can help instill empathy and inspire different actions,” EHS counselor Dylan Hackbarth said.

Campuses have implemented features to ensure safety for their students. Most college campuses have emergency buttons stationed throughout the campus, hotlines for students who feel they are in danger, and campus-exclusive driving services like Uber so all students can get back home safely.

However, these measures aren’t enough for prospective students, who are looking for more steps to be taken to curb the recent increase in reports.

“There need to be mental health resources and a 24/7 clinic for people to go to if something happens… Every college doesn’t do enough about it, to be honest… But implementing sexual health education would help,” Ebert said.

Sexual assault education and support centers like the Aurora Center are common on college campuses but with substantial restrictions. Both the University of Kansas and the University of Iowa have sexual assault resources. However, they are limited in their scope. The Sexual Assault and Prevention and Education Center at KU functions mainly as an education-based facility and doesn’t offer 24/7 support for students who are assaulted while on campus. Alternatively, the University of Iowa boasts a 24/7 Sexual Abuse Hotline but has no educational programs or facilities for students to go to if someone assaults them.

As more of these reports come to light and controversy builds, EHS students may be reconsidering their applications to KU and UI, deterring from a long-held tradition. EHS students want to feel safe and supported, and if KU or UI can’t provide them with that environment, there are plenty of other schools that will.

“I definitely wouldn’t apply to a school if it had a reputation for having a lot of sexual assault reports,” Ebert said.

Sexual assault on college campuses isn’t going away, but neither are calls for change. If the demonstrations at KU and UI prove anything, it’s that current and prospective students want more from their universities than politically correct press statements and empty promises. As EHS students embark on this next phase of their lives, counselors hope they will be the generation to defy the status quo.

“If there’s any message that’s important, it’s that [sexual assault] is everyone’s issue. As we graduate students from Edina High School, we need to be thinking more than, ‘Are they academically prepared?’ We need to think about ways in which our school and our community are sending young people up to the world as citizens,” Hackbarth said.