Review of Crazy for You 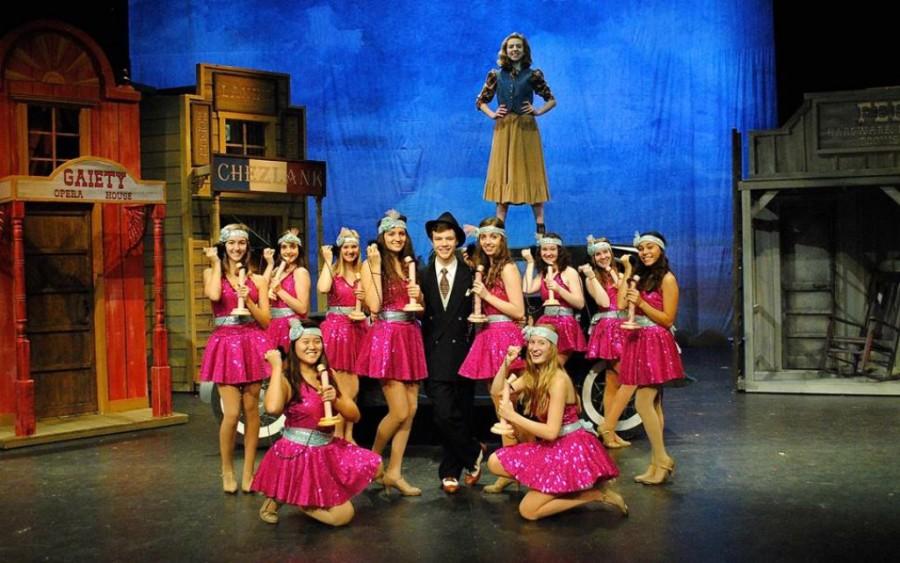 Edina High School’s fall musical, Crazy for You, features many talented thespians, dancers, singers, and musicians alike. Starring talented juniors Jack Fischer (as Bobby Child) and Maxine McCormick (as Polly Baker), the musical is set in a small town in rural Nevada during the 1930’s.

Protagonist Bobby Child, the son of a wealthy banker, journeys from New York City to Nevada to foreclose on a bank, where he falls in love with sassy Polly Baker. Through many jazzy tunes and several outstanding dance numbers, the audience follows young Bobby as he attempts to woo Polly by impersonating a famous elderly choreographer.

McCormick’s excellent Nevadan accent helped establish the setting, and her many witty jokes had the audience in stitches. However, it was her spectacular singing voice that left the audience speechless. McCormick has been taking voice lessons for 5 years and has been dancing for 13 years. Her training certainly showed during her solos. The elderly woman sitting next to me during the musical was in tears after listening to McCormick’s voice during “Not for Me”.

Similarly, Fischer had the audience roaring with laughter, and his tap dancing was amazing. His opening solo, a combination of complicated tap moves and powerful vocals, started the show with a bang.  His ability to switch between a Nevadan accent and an Eastern European accent was also very impressive. Additionally, his role was difficult to act; Bobby is charming yet quite uncertain of his future. Not surprisingly, Fischer effectively portrayed all of these emotions.

The vibrant costumes and colorful set were both artfully designed. Neither the lighting nor the audio had a single flaw. Overall, the production felt very professional. The pit orchestra was excellent, adding  to the production without stealing the spotlight.

Crazy for You is sure to entertain most audiences. However,  there are several swear words in the script which might not be appropriate for elementary school age audience members. Additionally, the song “What Causes That” was slightly insensitive towards depression as well as suicide. At one point, the number mocks the idea of a character jumping off of the Brooklyn Bridge by joking that he is so upset after being rejected by a girl.

That being said, there’s no doubt in my mind that the production deserved its standing ovation. It was truly an excellent performance, and another grand success for the Edina thespians.

This article will also be present in our print issue that comes out on November 20th.