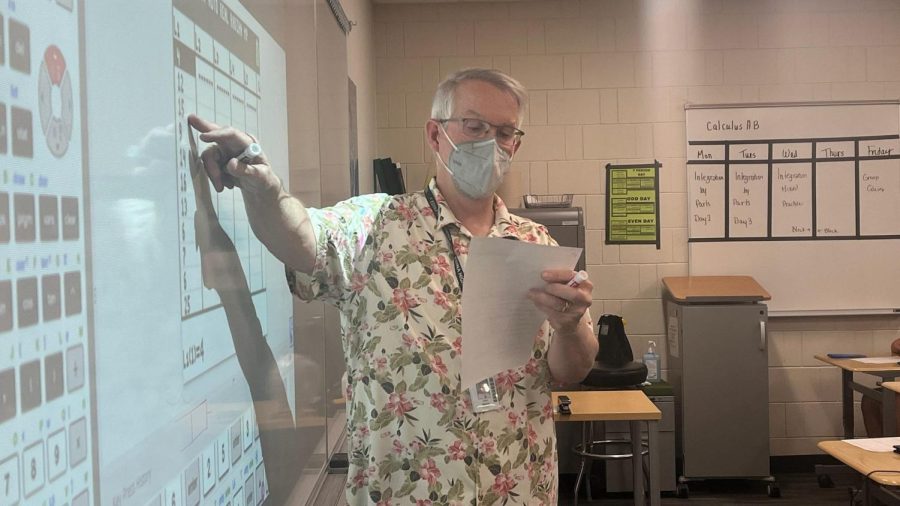 Zephyrus: What are some of your favorite memories from your experience as a teacher?

Daniel Baron: I really enjoyed my early days as a German teacher at Valley View and the high school. We had a partner school in Germany and I chaperoned a number of three week trips in the summer to Germany. In the fall students from Germany would visit Edina. It was great for both sides to experience life in each other’s countries.

Arne Bolstad: I would say my first day teaching here. I planned on keeping the assignment fairly short. It was the first day of class [so I was] just kind of getting to know people, and I gave my students the assignment. They said, “Is that all?” I said, “Why, do you want more?” And they said, “Yes.” At that point, I knew that I was in a school where kids cared about their education, and I better be on my A-game.

Colleen Luck: Some of my favorite memories are Field Based Science, Student Council with Kim Caster and teaching with the Biology team.

Elizabeth Nimmo: Introducing students to my heroine, Olympe de Gouges. [It’s one of my] favourite things to do during second semester because she was among the very first feminists, pushing for women’s rights. She had to lose her head in the guillotine to do what she did. So that’s a highlight for me, it’s kind of my little schtick. The other thing is when my [AP Comparative Government] students learn and appreciate the royal family, especially the Queen. I’m into the Queen.

Michael Roddy: One time, for no real reason, kids just started mouthing the answer [to a math problem] when they were done, and I didn’t tell them to do that. One kid mouths to me “I love you,” which was clearly meant for fun, but it was hilarious because only I could see it. [Another one of] my favorite memories was years ago when I ran Student Council and it was the first time we had put the staff in a Pep Fest. Since then, we’ve done it more, but the first time we did it was a big deal.

Z: Did you have any long term goals at the beginning of your career? If so, do you think you met them?

AB:  I think when I talked to friends [who weren’t in education about it], my [goal] was to travel to different locations around the country to help build math departments for schools. At that point, I wasn’t thinking internationally, but that’s happened at least once and it was tough to build them. I thought if I went and built math departments, it would be a thing that benefits both schools and kids and I would feel good about that.

EN: I think it is safe to say that I met them. I entered into teaching at the age of 47 so this was a second career for me. Since I [started late] compared to most teachers, my goal was simply to do my best and try to inspire a few students along the way. I think for some I may have done that, but what’s really awesome is that I have been the one inspired by the many amazing students that I have been fortunate to teach.

MR: No, because growing up, I hadn’t really stayed in any school for more than four years.…So the idea that [I worked here for] 26 years sort of blows my mind. [My first thought] when I first started teaching here was, “Okay, I’ll do this for three or four years and then I’ll see what the next thing is.” Obviously, it just didn’t play out that way.

Z: What was your biggest accomplishment as a teacher?

DB: I hope that most of my students look back on my classes and can say they had a good experience, that they learned some things, and that I was enthusiastic.

CL: I am proud of Comparative Anatomy.  I created that course from scratch and I feel it is a successful, fun class.

EN: I think establishing Model UN here at the high school, which continues to be a really popular program. I’m proud of the fact that it is really inclusive of students from every grade, we have every ethnicity here at the school represented, it appeals to a wide audience of people with other interests, and I love that about it. You don’t have to have any training, you can join any year, and it introduces people to global issues and many [students] have gone on to become activists in their own right, trying to make the world a better place.

MR: When I arrived here, there were no AP courses in science, so I started the first AP science course, which is AP Chem. I was also science department head and helped work the curriculum and make some changes in the whole curriculum, grades nine through twelve, that allowed us to make room for all of the AP classes, basically creating a mechanism for that to expand to all four courses [that were created].

Z: What made you first get into teaching?

DB: I studied history and the German language and wanted to continue to do something with those two things and teaching them seemed like a great way to do that.

AB: The high school I went to was in a city where we were second in the state in juvenile crime, and that led to some pretty bad things happening at school. I watched people come to school in fear. I didn’t like that and neither did my friends. I thought as a teacher, I would be able to make a difference in the lives of [my] students and hopefully make them feel comfortable.

CL: I started coaching and fell in love with working with kids. I immediately switched from nursing to education.

EN:. I’m a lawyer by profession and I didn’t love it, so I dabbled around in a bunch of stuff, and I always had wanted to go into teaching—actually, I wanted to be a college professor in history after I graduated from college, but at that time, there were no jobs, so I went into law. That was fine, but I didn’t love it. I still decided to go and get my post-bachelor degree…and I have never looked back. It has been absolutely a joy, every single day.

MR: My mom was a teacher. So that always put the idea in my head a little bit. When I went to college, I knew I wanted to major in science or math. I ended up picking physics, and halfway through my physics major, I learned I was not enjoying it as much because when I started learning stuff that I could not explain to my friends anymore, I didn’t like it as much. That was a weird indication of like, “Maybe the sharing of the information is what I like; maybe the actual experience of bringing this advanced knowledge to other people is something I enjoy.” So putting that together and looking at my mom as a teacher, I thought, “Let’s try that.”

Z: What made a “good day” at school for you?

AB:  It’s the cliche [of] seeing those students whose light bulbs turn on. They just may get it at some point when they’ve struggled through it; seeing students learn and seeing students make connections. It’s not necessarily about the content area that I’m teaching; it’s about figuring out how they learn faster and figuring out how they need to take notes. So for me, it’s less about content than it is about the life experience of it, like learning.

EN: I think as a teacher, you’re always hoping to reach your students in some way, so the most fun days are the ones where you have the class engaged in lively discussion about anything, where you have an engagement and you feel like, “Wow, that was really fun.”

MR: I would want the kids to be having a good time and making me laugh or having fun so that there’s some fun in the room. That’s probably actually my number one. We have to be enjoying each other’s company. I do want them to believe that whatever lesson was put together was successful in accomplishing whatever I was trying to do, but that is secondary to me.

Z: Do you have anything you’re planning to do after retirement? Any goals?

AB: Not anything written down, but in my head, certainly. [For] nearly every other retiree that I’ve talked to, it’s about travel. For me, it’s about connecting with the people I talked with. In the other locations I taught in, I’ve met some really great people. They’re still really good friends, but we just don’t get to see each other often enough. I’m sure that I will go visit them and they will come and visit us. What else? Maybe dealing blackjack at a casino or working in an airline so I can travel free? I don’t know. Yeah, there’ll be something out there.

DB: I’m planning on running and staying fit. I’m running two marathons this year, Grandma’s Marathon in Duluth and the Berlin Marathon. The Berlin Marathon is definitely a bucket list item. I also hope to help others stay fit and coach them to reach their running goals.

CL: My bucket list would include time with my granddaughter Grace, traveling in the fall, and time at the cabin.

EN: I’m looking forward to a more flexible schedule, like taking a vacation in February for example. But I’m hoping to spend more time with my new granddaughter, who’s four months old. My daughter is engaged, so I’m going to be planning a wedding. But then I have a lot of things that I’m very interested in. I’m very passionate about women’s political participation, and I’ve got a lot of little causes that I’m super ramped up about, so I don’t know how that translates—I don’t want to get myself over-programmed—but I have some things I want to do.

MR: I don’t really. I was thinking that when I get asked this question I should say, “ I’m gonna start TikTok channel? See if I can become a social media star?” No. I’ve got a few ideas, nothing very concrete and [I] just want to sort of play more and work less and then see which things become hobbies that I stick to.