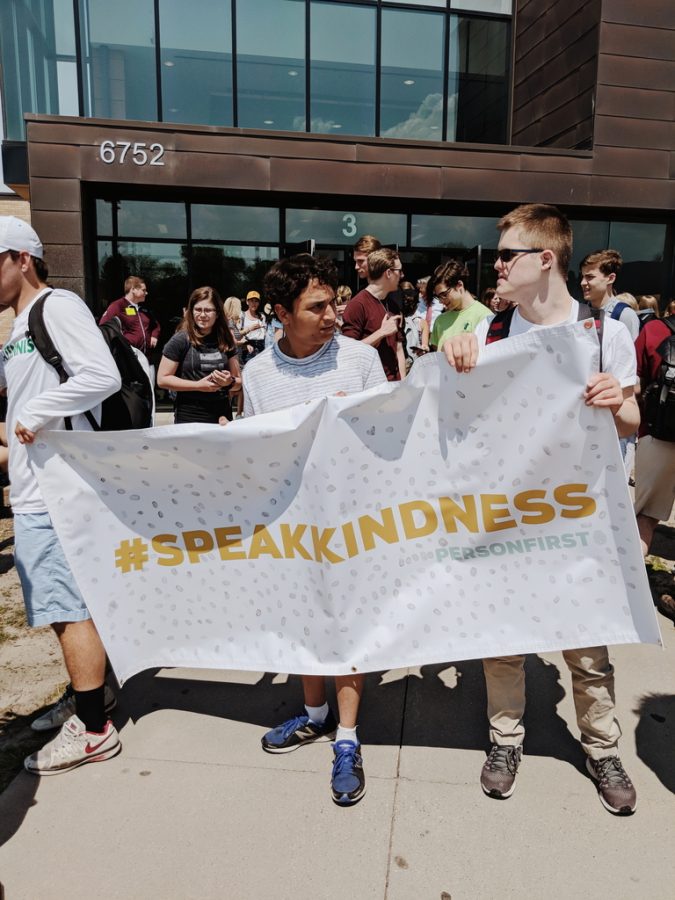 Processed with VSCO with m5 preset

A signed proclamation from Governor Walz adds one more event to Minnesota’s official list: Person First Day. Jan. 15th now marks the progress of a youth-powered campaign for inclusivity and kindness, one which a number of Edina High School students played a role in.

The Person First campaign is an effort by Special Olympics Minnesota (SOMN) to promote the use of “person-first” language, which emphasizes a person over their disability. Prsnfrst.org uses the example, “When describing someone, start with the person first: This is Emma. When mentioning a disability, refer to their name first: This is Emma. She has a disability.” The initiative was first introduced by SOMN’s student board of directors, who work on solutions in schools and programs like Person First.

Person First Day primarily seeks to spread a message of inclusivity and mindfulness in schools and aims to open up a conversation about the effects that language can have. Katie Howlett, who runs the organization, saw Governor Walz’s recognition as an important milestone in achieving this goal. “It was such a cool thing to see the governor recognize this as an opportunity and a problem that our schools and our students can help solve,” Howlett said. The recent proclamation is also telling of the growing support for Person First’s new campaign. Over 120 schools, not limited to Minnesota, have participated in the group’s two-year existence. Students have shown their support further through social media.

Howlett likewise attributes much of the campaign’s success to student involvement. “It really was student-driven and student-led. [The student board of directors] came up with the idea, and they helped me develop the campaign. But it really came from a need that our students identified,” Howlett said.

Many EHS students have worked to promote the campaign; Person First Day was also initially piloted at EHS. The event continued last year with a table in the cafeteria where students were encouraged to sign a banner in order to show their support. Senior Emma Sebek, one EHS student involved with the campaign, encourages more student involvement. “All of us, everybody, every student that has a voice should use it to promote Person First,” Sebek said.

While the goal of Person First Day is to change language and attitudes, Howlett doesn’t see it as a problem but as an ongoing opportunity. “There’s always an opportunity to educate people. And I think the most important point that we try to make is not like ‘you can say this’ or ‘you can’t say this’, but really just choose to respect people and choose to be kind to people. And the rest is a no brainer,” Howlett said.