Nimmo steps down as an Edina Model United Nations advisor, leaving a lasting legacy in her place 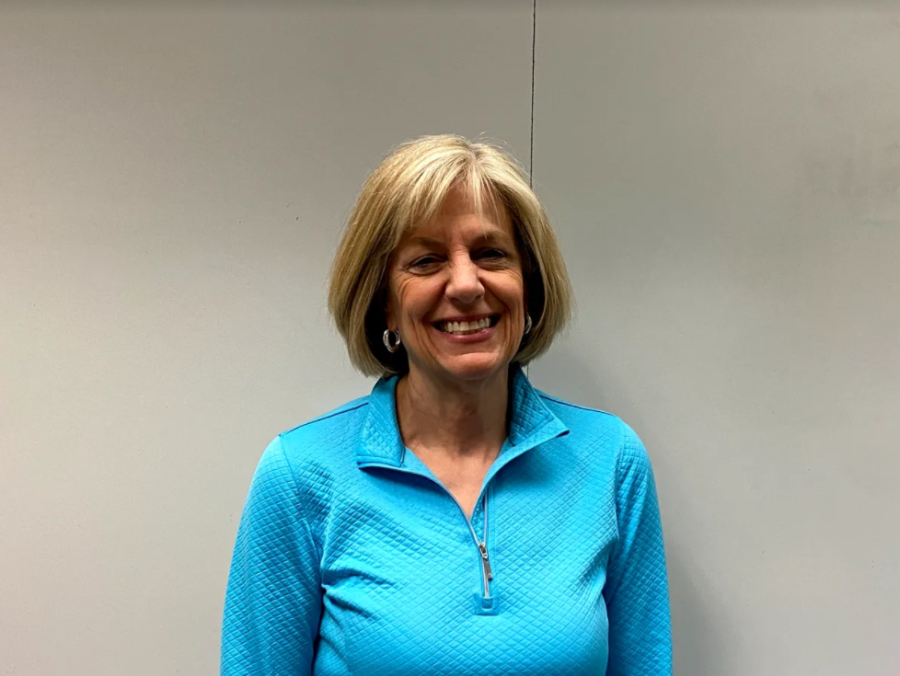 The Edina Model United Nations team is the long-nurtured project first established by Edina High School AP World History and AP Comparative Government and Politics teacher Betsy Nimmo. Starting her teaching career 15 years ago, Nimmo inherited an Edina Rotary program that funded two EHS students’ trips to a Model United Nations conference in Winnipeg, Canada. The idea for a Model UN team first came to Nimmo after sorting through roughly 30 applications for the two Winnipeg spots. Seeing a serious demand, Nimmo decided to gauge student interest and excitement around the new team. “I was doubtful at first, but I agreed to hold an informational and organizational meeting. Lo and behold, 30 students showed up! I was shocked,” Nimmo said in a 2012 Edina Magazine article.

After that first year, Nimmo saw student interest explode, and the Model UN team has become the largest extracurricular operating at EHS. “[The second year] we had 70 kids…our third year we had 125 kids, and at our greatest number, we had just under 200 students,” Nimmo said.

Students were drawn to the international aspect of the newly created extracurricular and Nimmo’s leadership helped foster a welcoming culture that culminated in a collaborative team environment. “We have such a diverse group of students doing Model UN and my biggest goal was inclusivity,” with Nimmo adding on that “just as the United Nations represents all these diverse people of the world, so too does Model UN in our school, I think it’s unique in that way,” Nimmo said.

Without much previous experience in advising Model UN, Nimmo guided the team and taught new students through individual research on Model UN expectations and how conferences were typically run. Irrespective of administrative input, Nimmo holds the team’s success and national ranking due to one factor: dedicated students. “We have students who care about [Model UN], are willing to put time into it, and get really passionate about making a difference,” Nimmo said. In Nimmo’s eyes, the organization’s culture is what ultimately promotes the team’s stature as delegates enjoy working with honorable and kind peers characteristics Nimmo stresses in her instruction. “It’s about humility. It was always our goal to be classy, have high standards, and treat everyone with respect,” Nimmo said.

After serving as an advisor for nearly 15 years, the decision to step down was a difficult one and Nimmo truly understood the significance of her decision when faced with the reality of having to tell the team. “[When informing the team of her decision at the annual banquet] I had this rush of emotions thinking back to over a decade of some of the most memorable moments as an educator. I love my classes, but there is something special about the relationships you make with students in non-graded environments,” Nimmo said. The relationships Nimmo established during her time as an advisor kept her in the role, and she stated that she will miss this aspect of Model UN greatly.

While Nimmo’s legacy within the team is well-known, she looks forward to welcoming the team’s progress and innovation with fresh leadership and perspective, uninhibited by her founding prominence. “The hardest thing to do is to step away after [creating something], but the best thing you can do for it is to step away,” Nimmo said. She was hopeful for the future of the organization because she understood the promise that new leadership could bring. Without the presence of an individual who created an organization, other leaders are able to run things differently and make important changes. “[The advisors] will have the freedom to look at things differently and take the team to a new level,” Nimmo said.

Nimmo’s legacy is defined by the inclusive culture and success that culminated over her time serving as an advisor. While her presence will be greatly diminished on the team, she is certain that these values will prevail. “I think my legacy is that it continues to be an inclusive place for all students,” beyond just the practice of academic skills associated with the extracurricular, but that the team will “continue to inspire students to take action,” Nimmo said.

Model UN is a time-consuming extracurricular to manage and Nimmo is looking forward to having more free time to focus her energy solely on her classes. “When I talked to Mr. Beaton about this, I said ‘Next year will be my 15th year teaching…I can’t remember what it was like to just teach and have all of my energy going into my classes,”’ Nimmo said. Without a divided workload, Nimmo will be able to focus on the students in her classroom and become more immersed in her teaching.

Next year, the social studies classrooms on Tuesdays after school will be packed with eager new and returning delegates ready to start a great season. Without Nimmo, the team will no doubt look and feel different. Her impact reflects upon the students who participate and her legacy is enshrined in the team culture that will prevail.