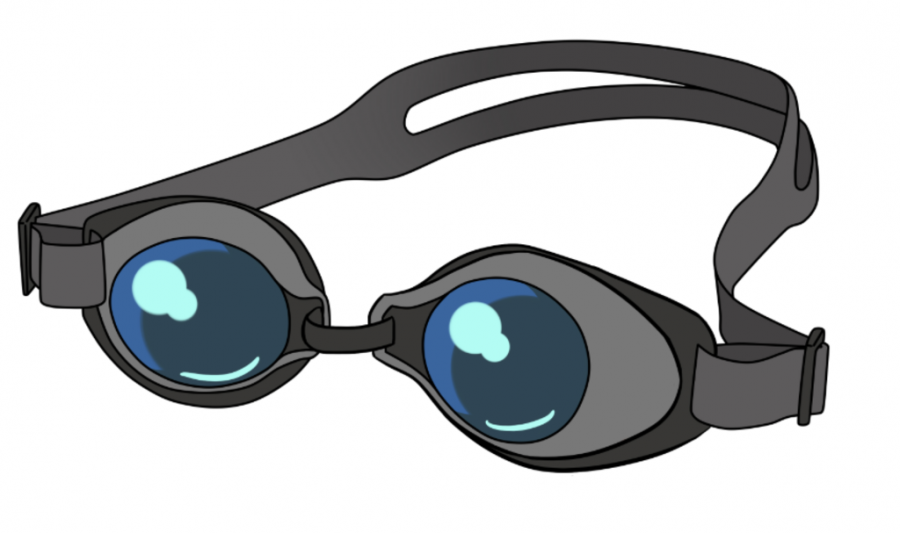 Edina Girls’ Swim and Dive (ESAD) is building up momentum for the season, thanks to a rigorous training regimen and a collective team focus on collaboration and teamwork. After Minnetonka beat ESAD at an invite the week before, Edina defeated Minnetonka at a meet on Sep 27 with a score of 101-80. The results don’t just mean a great win; Edina and Minnetonka have been rivals for the state title for several years now, and the team is using this meet as a launching pad for the rest of the season.

The girls started the day strong and set themselves up for success in the meet. Their first race was the 200 Medley Relay, which went exceptionally well; in fact, all of the relays proved to be great successes. “I think the team really stood out [on the relays], just because it showed that we can really show up when we have to and come together as a team,” senior captain Lucy Wittmer said. The relays from their last meet with Minnetonka had been their weakness, but this time around the team stepped up. The swimmers carried the momentum from the beginning of the meet into the end and finished it off with a rallying performance on the 400 Freestyle Relay, which sophomore Claudia Chang nabbed at the last second from Minnetonka. By this point, the cheering was at a peak. Sophomore Chloe Swanson, who raced that event with Wittmer and Chang, said, “[It’s] at the end and everyone gets really loud, everyone gets really excited for that.” A key focus of the swimmers was to support their teammates, and cheering each other on helped the girls get going.

This meet is an example of the principles the team has been working on for the entire season: teamwork and collaboration. The pressure this year to do well, especially at the state meet, weighs on every girl’s shoulders. ESAD has won the state championship for two years running and has a long record of state titles. So far though, the team has been handling it well. “Last year we graduated a lot of seniors, so we had big shoes to fill. But I think going into the meet, we were confident, and a lot of underclassmen really stepped up and kind of, filled the shoes,” Swanson said.

The captains hope to help their teammates deal with the pressure by keeping the focus on working together and enjoying the sport. “We’re really trying to focus on just being a team, and getting to know everyone on the team no matter what speed you are, and, just, most of all, have fun,” Wittmer said. About the Minnetonka meet itself, “There’s a lot of pressure obviously, and I could sense a lot of people were stressed out, but as a captain, I wanted to make sure everyone was having fun,” Wittmer said. Wittmer reminded her teammates that no matter what happens, there are always more competitions to look forward to. To help solidify the team bond and to motivate the swimmers, the team does a series of cheers together at the beginning of every meet, something they’ve done for as long as anyone can remember.

In addition to teamwork, the captains also wanted the girls to demonstrate good sportsmanship at this meet. The tension between Edina and Minnetonka swimmers is high because of their rivalry every season for the state title. Wittmer wanted the girls to respect the Minnetonka swimmers for the excellent challenge they pose for the Edina team, and to be an example of great sportsmanship. “Mainly, just be really good sports to the Minnetonka girls because there is a lot of tension in the pool, but outside of the pool we wanted to make sure that Edina, being Edina, should just really be solid competition; people that you want to swim against, people who are nice,”said Wittmer.

As a whole, this meet has proved to the girls that they’re capable of bouncing back,  performing under pressure, and most importantly, that teamwork is the way to go. “We all got really loud and cheered like crazy, I think that really helped people to step up and swim fast,” said Swanson. The outlook for the state meet is positive and determined. “Swimming is a pretty predictable sport, so we can see where we might be this year at state and how we might do…we’re all just working really hard to make sure our final results will be the very best,” Wittmer said.