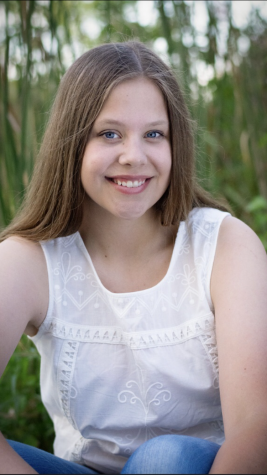 As half of the Visual Editor team and a photography connoisseur, Mimi Beringer now says goodbye to Edina High School as she ventures outside of Minnesota to attend Drake University in Des Moines. She plans on pursuing a major in Music which is fueled by her long term commitment to the tuba and bass guitar.

Since elementary school, she has been mastering the tuba and in middle school took on the task of learning the bass guitar. In high school, when she was not in the pubs room, you could find her participating in both jazz band and pit orchestra. One of the highlights of her band experience was traveling to Hong Kong with her concert band peers and participating in POP’s. Mimi, in addition, competed as a member of the Music Listening Competition team at Edina.

She was also an avid member of Edina’s Mock Trial team and partook in competitions downtown. Although she has a promising career in music, Mimi’s talent as a defense attorney illustrates her abilities in all fields.

Mimi’s favorite Zephyrus memory is the slumber party in which staff members prepared for and designed t-shirts for the new staff. Although Mimi will be missed by all staff members, we know that she is going on to do great things and can’t wait to watch her flourish wherever life takes her.