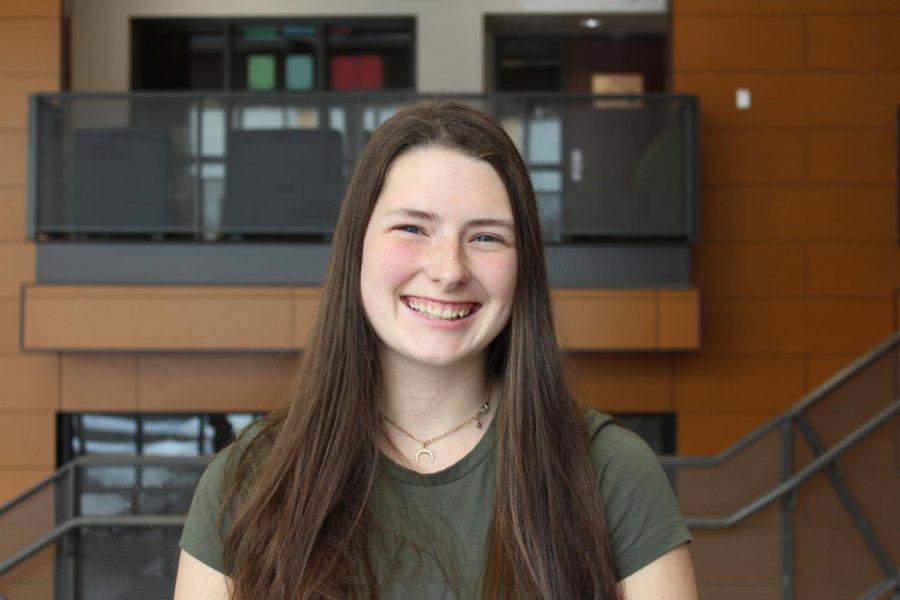 First trying out for the team in the spring of her sophomore year, current senior Kate Hellickson has been the captain of the Edina Hip Hop Dance Team for two years. After leading her team to a national title in 2020, Hellickson shares her extensive journey with the team.

Zephyrus: Why did you join the Edina Hip Hop Dance Team?

Kate Hellickson: I decided to join the team because I’ve always loved dance and I’ve always wanted to try and expand my roots at Edina High School.

Z: Aside from school events, where does the EHS Hip Hop Dance Team compete or perform?

KH: This year, we had a competition at Dance Xtreme America, and we received first, which is very exciting. Mainly, all of our performances are school-based. This summer, we’ve been asked to teach a class for younger children, so we’re going to be in the Edina Catalog.

Z: What are the other activities that you’re involved in?

KH: I dance at [7 Movements Dance] as well as hip hop, and I’m also a part of the Concert Band.

Z: Given that the team recently won a national title, what was the preparation like leading up to it?

KH: We started pretty early in the winter, and we just started to learn the dance really quickly because our competition was actually a month earlier than it was last year. We had to learn the choreography and then go in and clean and nit-pick every single thing. We also did a performance in front of our parents to make sure that we knew the dance. Also, our coach made us change our diet a little bit, so then we were getting our energy from good things and not sugars.

Z: What mindset did the team have going into the competition?

KH: This is my third year going into competition, and I really wanted to end first, but I had no idea what the other teams would be like. I was telling the team before [the competition] and was like, “we worked so hard on this dance, we put so much time and energy into it, and we’re just going to perform like we always do because we always are so amazing and the audience loves it.” That’s the most important thing: that we have fun doing it and people enjoy watching it. But, to have the win is just so amazing and it means a lot to the team. I wouldn’t say that we really expected to win, but we sure worked hard enough to win.

Z: What was your reaction after winning nationals?

KH: When they started announcing all the teams and it was getting closer and closer to first, I was like, “No way.” We got to see the other teams a little bit, and they were just amazing. It was unbelievable at first, so I was in shock and then I just started crying. I was glad my team was there to support me.

Z: How do you think the team has changed over the years?

KH: The team has changed a little bit. At the beginning of my sophomore year, we didn’t really have a space for us. Sometimes, we had to practice in Fick Auditorium, which is not the best for dancing. We had to sometimes do it in the cafeteria and the hallways, so it was hard to be together when we couldn’t see ourselves. I feel like auditions are harder, the team is more passionate, and we’re all more committed. Now we have a space in the Wellness Center, and we’re so lucky to have it because we can see the mirrors and understand what’s happening. Since I’ve been captain, we’ve done a lot more team bonding to bring us together.

Z: How has hip hop impacted you and your interests?

KH: Hip hop has changed so much for me. It means so much to me. It has boosted my own self-confidence so much, and coming into the high school already a part of something makes you feel so much better because you know that you’re a part of something so amazing. Also, I’ve always loved hip hop, but I was never good at it. Now, it’s a really big passion for me, and I hope to continue it in college, which is something I never thought I would want to do.

Z: What is your biggest takeaway from your time on the team?

KH: My one big takeaway is, if you work really hard at something, you can achieve so many things that you may not even think about. I never thought I would be a part of this amazing team.