Mask mandate in Edina Public Schools to remain in place, based on Dec. 13 meeting 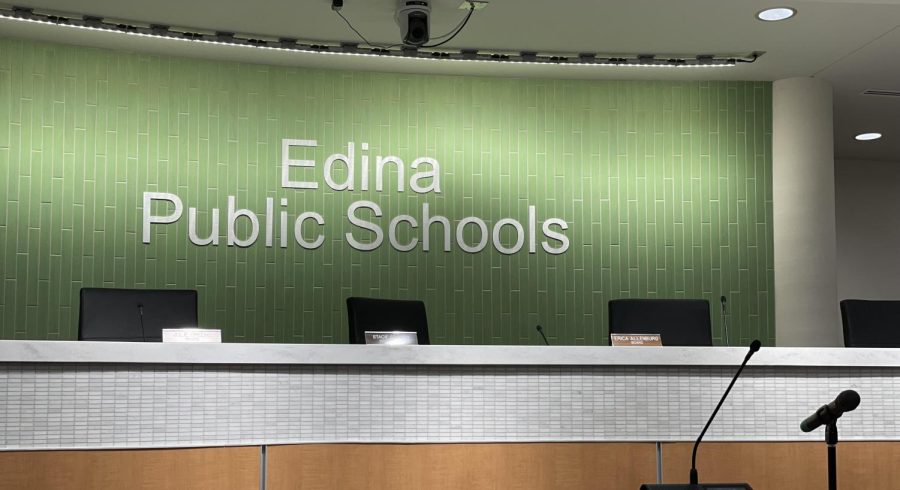 On Monday, Feb. 14, the Edina School Board unanimously voted to strongly recommend masks rather than continue the previous universal mandate.

On Monday, Dec. 13, the Edina School Board opened their meeting with the announcement that the district-wide mask mandate will remain in place. Previously, the board had been planning to vote on the matter; however, upon the beginning of the meeting, Chair Erica Allenburg announced that the current policy would remain.

Many recent Edina Public Schools events have seen positive COVID cases. There were individuals who tested positive that were present at Winter Jubilee. Most recently, the Edina Thespian production of ‘Mamma Mia’ was canceled after only three shows due to multiple cast members being identified as COVID positive.

The board also voted to move forward with a resolution that requires EPS faculty to be fully vaccinated or consent to weekly COVID-19 testing. The resolution had been suspended over conflicting legal opinions on who would be responsible for paying for the testing.

Board member Michaelson expressed concern over the resolution exacerbating the staffing shortage. Allenburg voiced support for including booster shots in the resolution, while board members Matthew Fox and Julie Greene voiced opposition, believing it stretched beyond current CDC guidelines regarding the vaccination series and was not necessary at this time.

Many public comments centered on masking in school; one community member commented on the masking forum held last week, saying it was disproportionately advocating for masking.

Community members on either side of the topic have been vocal. Earlier this year, an Edina group called Edina Parents for Progress penned an open letter to the school board in which they enumerated their grievances against the board. They still cite this as one of their most prominent concerns, saying that it is “stripping kids of normalcy.” Other parents have voiced support of masking in Facebook groups and social media comments.