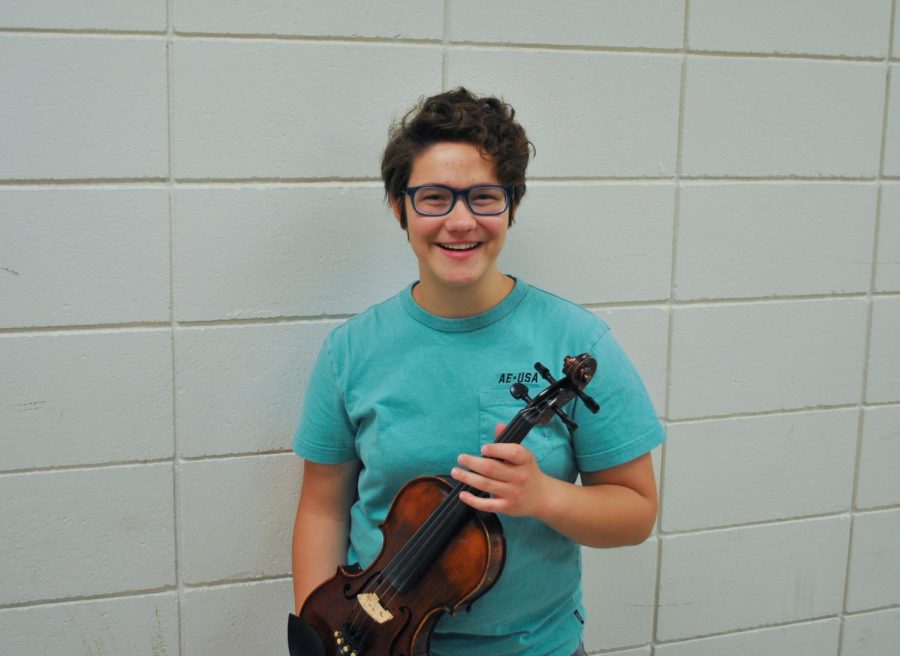 For over a decade, junior Elise Wallen-Friedman has developed a passion for playing the violin. Originally interested in the competitive aspect of the instrument, Wallen-Friedman has gained an appreciation of music’s ability to bring people together after years of playing.

Wallen-Friedman has been driven to succeed since she started the violin at three years old. From a young age, she was pushed to excel at the instrument by her brothers and mother. “My mom [said] I wanted to be better than [my brothers], so I wanted to play the violin for that reason,” Wallen-Friedman said.

Over the past decade, Wallen-Friedman has participated in multiple musical activities, both in and outside of Edina High School. In second grade, she joined the Greater Twin Cities Youth Symphonies (GTCYS), an orchestral group for pre-professional musicians. Wallen-Friedman is also a part of the Artaria Chamber Music School (ACMS), a competitive chamber group based in St. Paul, Minnesota. Most recently, Wallen-Friedman participated in the Young Artist Summer Program (YASP), at the Curtis Institute of Music in Philadelphia, Pennsylvania.

In order to apply to YASP, Wallen-Friedman submitted a video playing test as an audition; she was accepted as one of the one hundred students from sixteen different states. The rigorous three week program was packed with music and lessons. For about two hours a day, Wallen-Friedman played with a large group in orchestra classes, and then spent another two hours in a smaller chamber group. Additionally, she had weekly private lessons and daily music theory lessons —leaving little time for practice. At the program’s conclusion, Wallen-Friedman said, “It was really rigorous, the level of playing was super high… I think my tone really improved, I think my articulation, with the starting and ending of notes really improved.”

Throughout the course of her time at YASP, Wallen-Friedman not only saw herself improve as a musician, but developed closer bonds with others there, such as EHS junior Katy Meffert. “We got a lot closer through YASP, and it was amazing because we learned so much,” Meffert said. Both Wallen-Friedman and Meffert agree that being in an environment with other students as musically involved as them was a highlight of the program.

When thinking ahead, Wallen-Friedman does not see herself pursuing a career in music. However, for Wallen-Friedman part of the reward from music is growing closer to other people; she intends to keep music as a core part of her life, and hopes to continue playing in adult groups.