‘Jersey Boys’ Will Have You Saying ‘Oh, What a Night’ 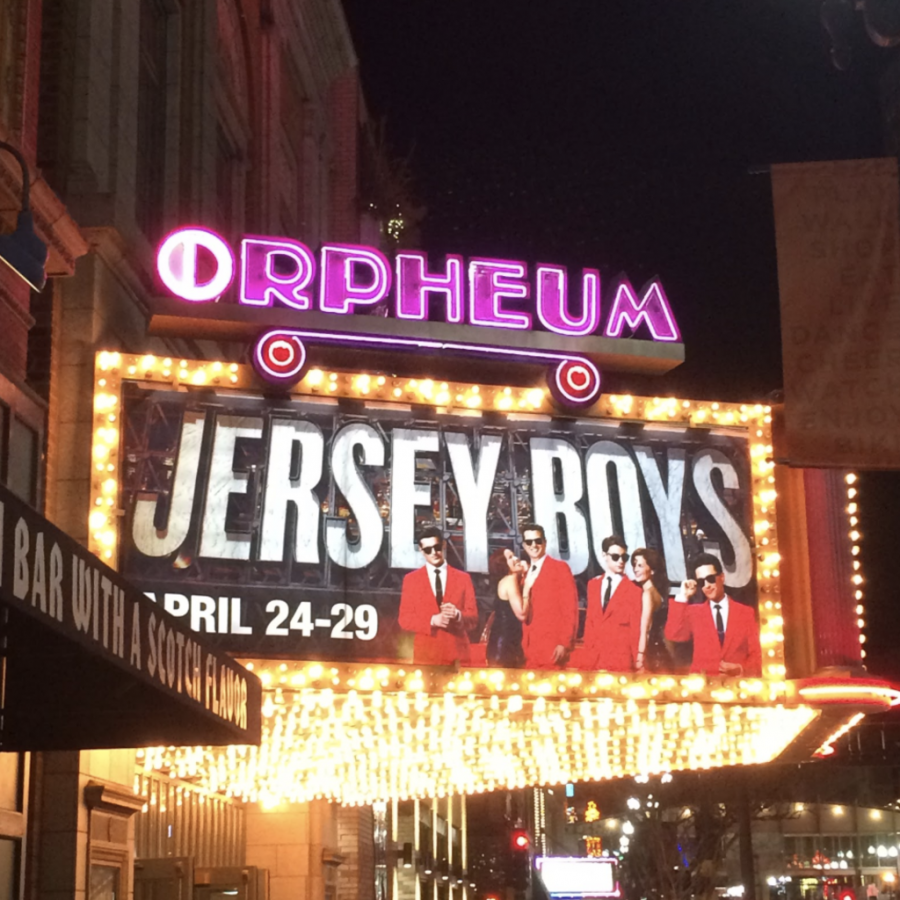 ‘Jersey Boys’ is a smash-hit musical filled with rock’n’roll based on the hit 1960s band, The Four Seasons. The musical premiered on Broadway in 2005 and closed in January of 2017 after an impressive twelve-year run. The show has been staged all over the world, including in London’s West End, Australia, and an international tour that traveled to South Africa and Singapore. ‘Jersey Boys’ plays at the Orpheum Theater in Minneapolis from April 24 to 29.

The musical revolves around the band The Four Seasons and follows the members as they navigate the ups and downs of the American music industry. Through countless name changes, singers, and songs, The Four Seasons eventually finds global success due to their pioneering of new types of music. Sex, drugs, R-rated language, death, organized crime, and even visits from the Mafia riddle the show, making this musical one more suitable for a more mature crowd. On Tuesday, the audience consisted mainly of 50-something-and-older fans who grew up listening to many of the songs featured in ‘Jersey Boys.’

As both a musical and a biography, the plot speeds along rapidly, often jumping through years at a time. The set, designed by Klara Zieglerova, is simple but provides different levels and open spaces that the cast is able to utilize in many of the critical scenes. One of the main pieces of the set is a projector screen, designed by Michael Clark, which provides small details, such as the seasons and certain locations that are harder to distinguish, including a pizza parlor and numerous bars. The screen also shows the original members of The Four Seasons at times, as the actors on stage recreate their exact dance moves and television appearances. While most of the choreography is based on the original dances moves, Sergio Trujillo, the choreographer, enhances the performance with new levels and emotions. This is prevalent later in the show, when, amid conflict, the actors begin to get desperate, which is shown by tighter, quickly executed dances moves.

Corey Greenan played Tommy DeVito, the founder and guitarist of the group. Greenan shows DeVito’s journey as a person and leader that struggles with his own issues, ultimately leading to larger conflicts within the group. Ben Bogen, normally a dance captain and ensemble member, stepped into the role of young, my-dad-wants-me-home-at-eleven Frankie Nolan. Bogen seemed to jump into the challenging role of effortlessly, faced with how to play a young teenager who grows into a successful, yet troubled adult. He practically brought down the house when he sang the acclaimed ‘Can’t Keep My Eyes Off Of You,’ due to his impressive vocal range and strong acting abilities. Tommaso Antico, portrayed Bob Gaudio, is yet another young teenager who grows up over the course of the show, and adds to the band’s dynamics, as backstage secrets begin to spill in the second act.

While the music may be more familiar to older generations, the story and secrets behind the music industry still ring true today. ‘Jersey Boys’ tells the tale of the victories and pitfalls that lie behind success and emphasizes the importance of trust and loyalty. So, ‘Don’t Think Twice’ about getting tickets before this past and present smash hit says ‘Bye, Bye, Baby (Baby Goodbye)’ for good!