Is the College Board erasing history? 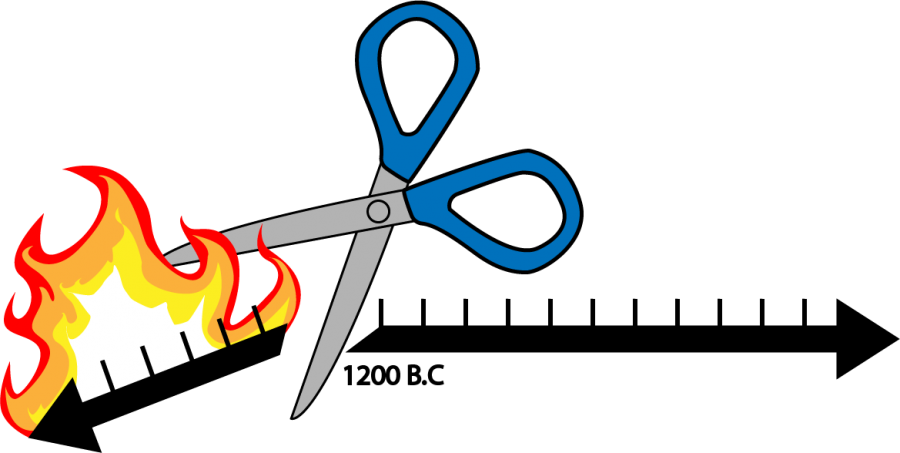 The old course spanned from before 10000 BCE to the 21st century while the new course was planned to start at 1450 CE and reach into the 21st century. However, this plan faced enough backlash from students and educators that the course is now updated to start 1200 CE. This date change still poses many problems.

The College Board’s rationale for this decision was to create two courses: APWH: Modern and APWH: Ancient. As of now, the College Board has only created APWH: Modern. Although, it is doubtful that students will take another full year history class due to their already filled class schedule. The only realistic space a student could put the course would be senior year, consequently, that is the time many seniors sign up for electives that are required for a student to graduate, leaving no realistic space for a second APWH course to be taken.

Another possible motive for the change is much more lucrative: increased profits. By creating another class the college board will be able to add an additional AP exam which will increase their profits, seeing as the previous course was so popular. “I think they wanted an AP ancient course so you would sign up and take a test, and then you could take a second test called AP World History: Modern,” AP World History teacher Elizabeth Nimmo said. Another way they could use these classes to increase their revenue is making deals with AP review book companies for special advertising at the AP test checkout. When a student signs up for an AP course, there is often a pop-up that offers review books for students to buy. By offering another course, review book companies will be able to pay the College Board money to have their book sold at the checkout. This possible rationale fits with College Board policy changes this school year, involving increased fees associated with tests. It appears the College Board is heading for an increased profits model at the expense of APWH class efficiency.

Whatever the motive, this change will cost students a valuable learning opportunity of unknown and intricaticate societies and empires from their ancient world. Ultimately, students are losing their ability to take a thoroughly world focused course.

Along with this critically missed learning opportunity, students will lose valuable context and understanding for future events. Since many conflicts in today’s world have their roots in ancient times, it will become harder for students to understand modern events that are linked to the past. “Look at what’s going on in the Middle East. If you don’t understand the Sunni Shia split and Islam, then you really don’t get what’s going on there,” Nimmo said. This example is just a microsim of how modern conflicts are tied to ancient pasts. This knowledge gap will create a larger generation of Americans who are unable to end future conflicts, due to their lack in understanding of the historical reasoning behind certain conflicts.

The new course course begins just 250 years before Europe began their process of world domination around 1450. The problem is that many non-European civilizations and empires experienced their heights before Europe became a world power. To deny this learning is to deprive students of the understanding that other societies were the most advanced and powerful in the world. Students lose the ability to develop a greater respect for the achievements of other countries and cultures as a whole when they learn about the successes of Africa, China, and India. Considering that Edina High School already offers an AP European History course, it is important that the school provides an APWH course that allows students a more holistic curriculum.

After personally taking the old APWH course last year, the most enriching takeaway for me was the greater understanding of civilizations and empires I had never learned about before. The inclusion of history spanning from ancient to modern times gives students a more diverse and unifying perspective of how the world came to be from a multiracial, ethnic, religious, and social perspective—not just eurocentric—and will ultimately lead to a greater respect of different cultures.

Although the course change is disappointing, it still leaves an enriching and valuable course for the future. “We’re still going to love our course; we’re just adjusting this year,” Nimmo said.