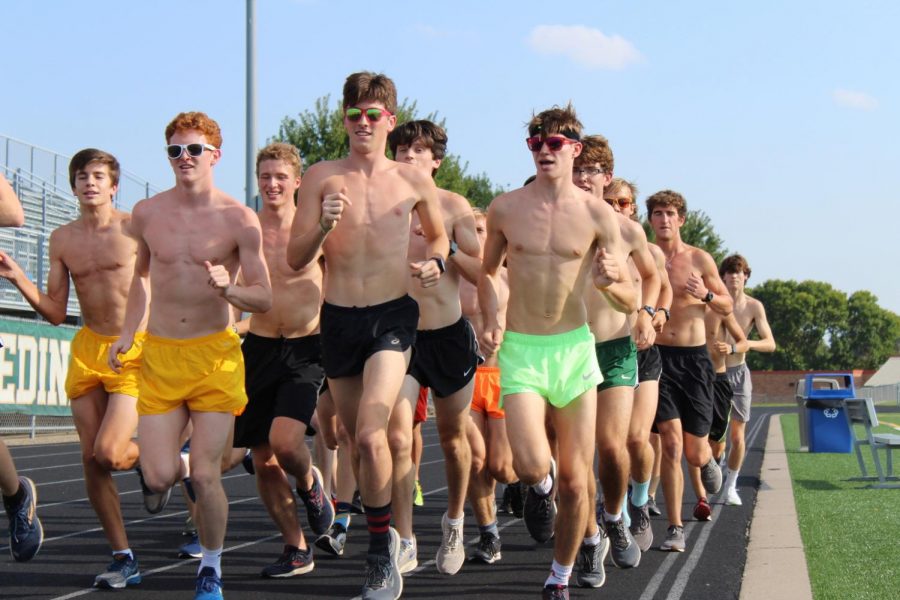 Jane Swift* is a freshman at Edina High School who joined Girls’ Cross Country this past fall. After discovering the team was a front for a running cult, Swift underwent a daring escape and was placed into witness protection by the U.S. Marshals Service.

*For the purpose of security, Jane Swift’s name has been changed for this article.

Zephyrus: How were you drawn into the cross country cult?

Jane Swift: I saw the cross country girls running one day and was so hypnotized by their fluid movement that I almost rode my bike off the trail. The pack mentality really drew me in and once I became part of the team, I ate, slept, and dreamt cross country.

Z.: What did you enjoy most about cross country?

J.S.: Cross country was like a big family with fun traditions—like running at least 10 miles a day—and crazy relatives. We only spoke in foreign accents on Fridays, skipped free runs to cross-train in the creek regardless of if there was ice, and even created an album featuring songs we made up during runs. You can actually find it on SoundCloud; my favorite song was “Meet Day, Yeet Day.”

Z.: When did you realize you needed to quit Girls’ Cross Country?

J.S.: I was enjoying the season, but constantly missing school for meets had become too much, so I told my team I wouldn’t “join nordic” in the winter in order to focus on school. They were horrified and forced me to carry the team tent alone for the rest of the season, and they also made me return my team apparel. That’s when I realized it had gone too far.

Z.: How were you able to adjust to running solo again?

J.S.: Once I stopped wearing bright neon patterned running clothes, I found that the serious cross country athletes just dismissed me as a casual runner having fun. I still don’t feel comfortable wearing my Garmin watch though, since that is the unofficial marker of distance runners. It is nice to just enjoy the outdoors without throwing up after practice after running uphill both ways during practice. Now I have the freedom to stay at a comfortable pace instead of progressively speeding up to Eliud Kipchoge’s marathon pace. But honestly, I think I’m going to miss the post-practice chocolate milk the most.