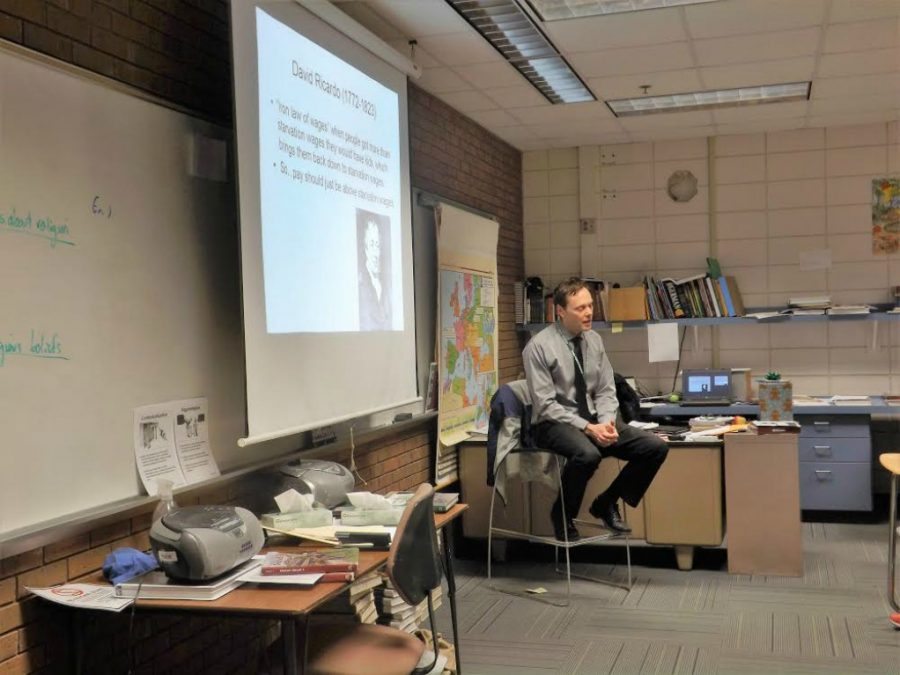 At the end of freshman year, I was offered a choice about the education I wanted to receive in high school. I had to decide between World History, AP World History, or AP European History. It was the first time that I got to decide what I wanted to learn, and I am glad that I chose to study European history. It has become my favorite class because it of its in-depth study of the development of important ideas and perspectives that have had an influence on the world today. This winter, the Edina School Board is approving the change to remove AP Euro as an option for the required world history credit, despite the popularity and 30-year tradition of the course. I believe that European History should be an option because it gives students a choice in their education and covers a different perspective of world history.

In the past few years, Minnesota Statutes were updated to say that students need to have a course that hits 43 world history standards; however, the local school board has the option to waive this law by providing an alternative, rigorous course that hits the majority of these standards. After the update, the Edina School Board chose to continue offering AP Euro as a world history credit, but they are now rethinking this decision. In January, the board will decide whether to approve discontinue the class as fulfillment the world history requirement. The reasoning behind making AP Euro an elective is a class focused on a single continent does not cover the history of the world. While this is a valid point, the truth is that European history has impacted the entire world, which is why 20% of the course is about Europe’s relations to other continents. “We cover about 75 percent of the world history standards from the state of Minnesota. Mostly everything past about the year 1400,” said AP Euro teacher Dan Baron.

AP European History gives in-depth information about Europe and its influence on the world from the beginning of the 15th century to today. The course offers information on periodization, globalization, and the interactions between Europe and different cultures. Part of the class focuses on how Europe influenced modern ideologies, medical advances, religion, technology, agriculture, and warfare. It was the first AP course to be offered at Edina High School, and over 30 years has come to be known as a popular course that inspires student historians. World History is covered in the class, but is only a part of what we learn in AP Euro. I have learned and remember more history taught in AP Euro because the class offers in-depth knowledge, unlike other global or social studies classes.

This history class has also broadened my perspective on the historical influence of some of our country’s heritage. This close look at Europe and broad look at the rest of the world is an important aspect for teenagers in the United States. “As American kids, understanding how Europe affected the rest of the world [helps us understand] our story as well. The United States is kind of like the modern Europe, affecting everyone else globally. Learning from what the British did, for example, can influence how we approach the rest of the world, ” said Baron. Since we have taken Britain’s place as the superpower of the modern world, it is vital that our generation, the future leaders of the United States, learn from their mistakes. The reason that history keeps repeating itself is that people fail to listen. If we learn from and listen to the lessons in European history we will not repeat Europe’s mistakes.

The choice between European and World History is a great example of students being able to choose their own educational path. EHS prides itself on the vast number of courses offered; however, many students do not get to choose the classes they are interested in. The core classes have limited options, so the only way I was able to personalize my schedule according to my interests was taking the history course that interested me the most. If the board takes away this option, sophomores, who have been waiting for years to get to choose their classes, will only get to choose whether or not to take the AP World History class as opposed to regular World History.

Students and community members are showing their hope that AP Euro will continue to be offered as an option for sophomores by signing a petition online. The Edina School Board will decide whether to approve this change democratically, and does their best to choose what the community wants. If you are interested in joining me and the cause, sign the petition linked below. https://docs.google.com/document/d/1INLoW57Zi2-HmDALxFf2SYj6b42vnXSOkjYDt01IlB8/edit