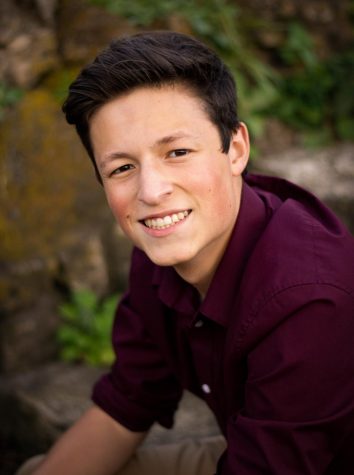 Photographer Erik Magnuson, known for his outgoing personality and technological knowledge, became a beloved member of the Zeph family this year! Though it was his first year on staff, Erik quickly became immersed in his role on the visual arts staff and worked tirelessly to improve the visuals of the paper. Erik is also an employee at Bruegger’s Bagels, where he can be found chatting with EHS Band students and some of his Zeph friends. His favorite high school memories stem from his appreciation for the arts, specifically in Concert Band where he played the Euphonium. Erik recommends that everyone joins the Edina High School band, and says it was the highlight of his high school career. He also ran the soundboard for the theater department during his Junior and Senior year and used his technical skills to help out the Zodcast more than once (which was greatly appreciated).

Though he will miss the friendships that high school has brought, Erik is looking forward to next year where he will be attending Iowa State University and studying architecture. Erik wants to close out his senior year with an iconic quote that he shouted during the POPS concert: “What’s cooler than being cool? Ice cold!”