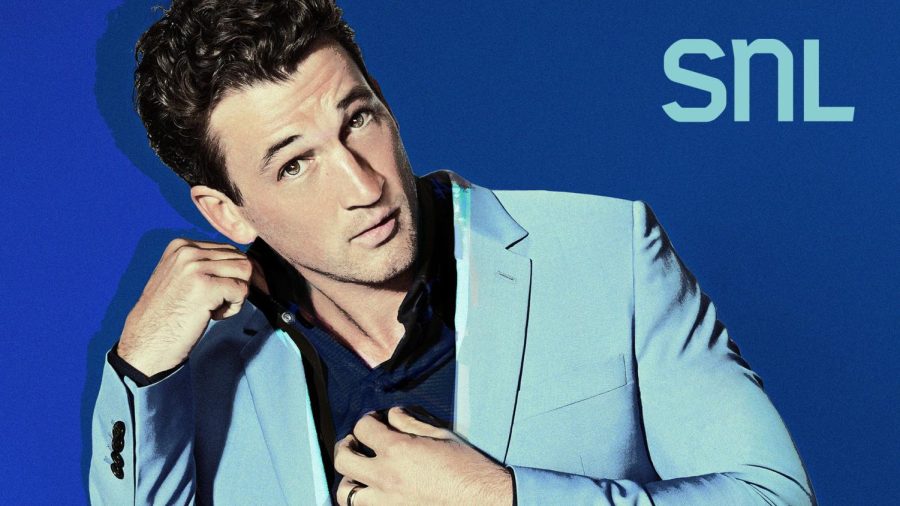 Miles Teller, known from his recent role as pilot Lt. Bradley “Rooster” Bradshaw in “Top Gun: Maverick,” hosted the “Saturday Night Live” season 48 premiere. The premiere followed departures of significant cast members, including (but not limited to): Kate McKinnon, Cecily Strong, and Aidy Bryant, which worried fans that the show would continue to go downhill. To those fans I say: yeah…but there’s hope.

The cold open was a basic political sketch (an SNL staple) with a twist. Two characters played by Teller and Andrew Dismukes watch SNL and judge it, essentially pointing out the obvious concern: will the show be the same without its beloved cast members?

Though Kate McKinnon’s departure was more evident than others due to her character range and iconic roles as political figures, the new cast members carried the sketch and made sure it didn’t crash and burn. Michael Longfellow’s performance in this sketch, though brief, was noticeable. Longfellow continued to make his mark throughout the episode, leading me to believe that he’ll stay on the show after the infamous first-year dropouts.

The cold open also consisted of a few celebrity guest appearances, like Jon Hamm, though the sketch didn’t contain major significance and the show would’ve easily moved on without his performance.

The new season of SNL brought a change in branding. The show changed its signature font—seen both on social media and in the cast introductions—and the intros were reshot as well. Although the intros have the same vibe as previous seasons, they’re more cinematic and on par with Mary Ellen Matthew’s photos for the host and musical guest.

Going into the episode, Teller’s monologue was average and boring. The only part that stuck out was a video shown to the audience of Teller and his sister recreating the “Spartan Cheerleader” sketch.

Out of  all of the sketches, three give me hope. “Send Something Normal,” “BeReal,” and “Nicole Kidman AMC Ad.”

“Send Something Normal” called out Adam Levine for his recent Instagram DM scandal. The sketch was a parody game show with four “celebrity” competitors. Mikey Day plays Adam Levine, James Austin Johnson plays Armie Hammer, Kenan Thompson plays Neil deGrasse Tyson, and Bowen Yang plays himself trying to respond “normally” to a woman’s DM. Its satirical references towards scandals and witty humor made sitting through some of the lesser sketches worthwhile. The punchlines had the type of humor that makes your jaw drop.

Watching “Grimace” was a rollercoaster. The base plot was funny, but again the execution was awful. The sketch seemed messy, rushed, uncoordinated, and uncontrolled. The last few minutes of the sketch were funny, but it wasn’t worth sitting through the four minutes. The idea had potential and I’m disappointed that it didn’t live up to it.

Then there’s “Caribbean Queens,” reminiscent of the first four seasons of Seinfeld—mindlessly boring. Usually with SNL, if the show’s not funny, it’s still entertaining. This sketch proved that theory wrong. Through the sketch I could find myself drifting off, snapping back with no idea what’s happening, and not caring at all.

The best part of this episode, however, was rookie cast member Longfellow’s performance on “Weekend Update.” He talked about conservative family members and how to coexist despite drastic differences in political ideology. His flawless delivery and dry humor made this segment one of the better “Weekend Update” features on the show. The topic wasn’t as mindless as other features in the episode, and Longfellow did a wonderful job balancing his opinions with comedy. His debut is reminiscent of Sarah Sherman’s from season 47 and I expect to see more of him this season.

Although we lost many iconic cast members and this episode overall had pretty average sketches, Longfellow’s performance gives me hope for the season.