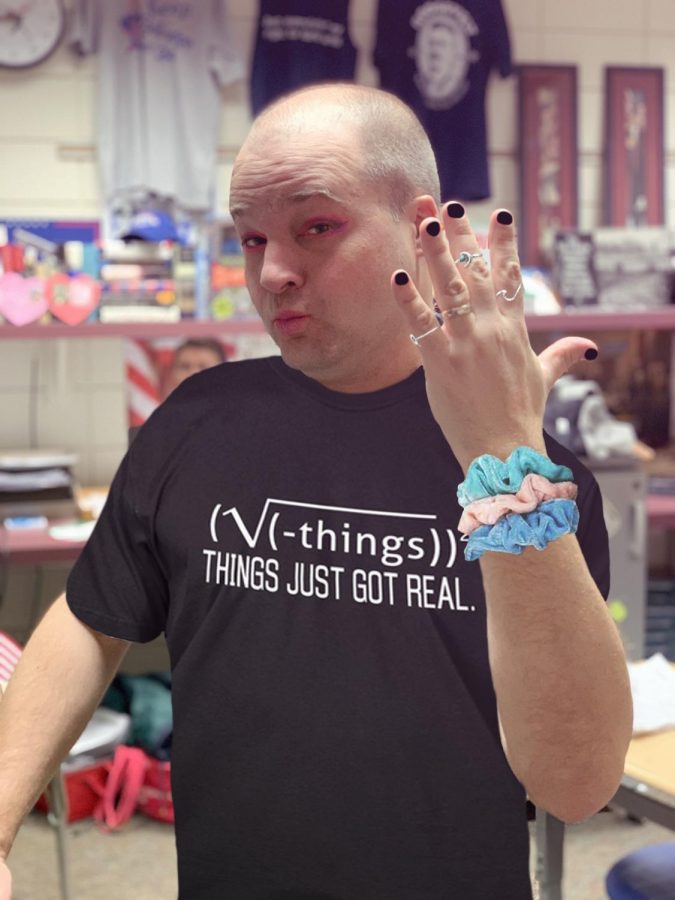 The recent arrival of teen trends, such as VSCO girls and e-boys, have made some Edina High School teachers eager to learn the youth lingo. One teacher in particular has taken an aggressive approach in his attempt to gain an understanding. AP Government and AP US History teacher Erik Anderson has decided to join the EHS Fashion Club in order to become more hip, especially in today’s social climate when one may be ridiculed for their lack of trendy wear.

Lately, Anderson can be seen donning scrunchies on his wrist and wearing black nail polish. He’s even gone as far as to pierce his ears, to exacerbate his e-boy look. “I find it makes me more popular around the kids,” Anderson said.

As well as Fashion Club, Anderson has joined the EHS Math Team. “I felt like I needed to branch out from being just a social studies teacher. Math has always called to me,” Anderson said. “Something about the difficulty of adding and subtracting makes me love it. I think if I weren’t a social studies teacher, I’d be teaching preschool level math.”

Joining these clubs have made Anderson’s teaching style more holistic, reportedly changing his teaching focus from solely government and history to include other topics. “Yesterday instead of learning about the Executive Branch we took timed multiplication tests,” freshman Georgia Shington said.

Since joining the Math Team and Fashion Club, Anderson’s popularity has boomed exponentially. According to the RateMyTeachers website, his popularity has jumped from 20 percent to 60 percent. It is speculated that other teachers will soon follow suit in order to achieve higher ratings as well.