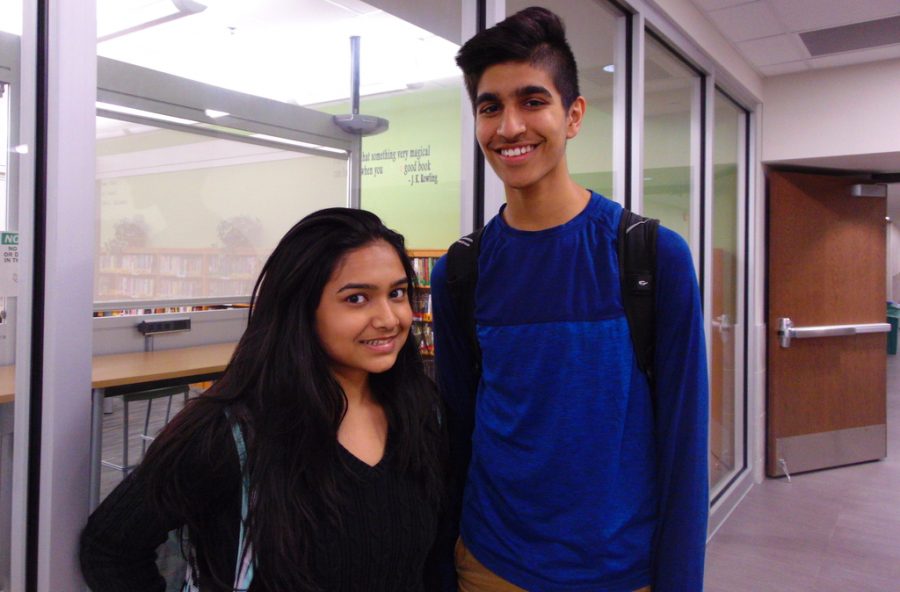 To most high school students, the U.S. system of government might seem intimidating and complicated. This isn’t the case for junior Anushka Thorat and sophomore Arjun Maheshwari. Thorat and Maheshwari serve as members of the Minnesota Youth Council, a youth organization mandated by state law and the only council of its kind in the country.

Thorat and Maheshwari represent the at-large district of Minnesota, and serve on the policy committee. Meetings occur every other Sunday from 5:30 to 7:00 PM, and there are 4 weekend-long retreats throughout the year. “We essentially work to amplify youth voices, so if there are bills that specifically target youth across Minnesota, we give advice to politicians who are drafting and legislating that bill,” Thorat said. “We are also involved in the debate process for those bills; we give feedback letters about almost all bills. We decide which issues that we want to tackle, as in like mental health, or youth education, or gun legislation, and then we specifically tackle those issues and what politicians are doing to address them.” Members work closely with state legislators and members of the Minnesota Department of Education.

Maheshwari is passionate about gun control and Thorat is interested in the education achievement gap. “My main [goal] is gun violence prevention, and I’ve done a lot of different things with that. I’ve met with Senator Smith. It’s such a contentious issue . . . I think that there are bipartisan solutions for sure.” Maheshwari said. Gun control has remained at the forefront of national politics thanks to efforts by the #NeverAgain movement, and because of several shootings across the nation since Parkland. “My main one is actually education disparities because it’s ridiculous, Minnesota has among the highest disparities in the nation. It’s really surprising because we’re from Edina and we have a really good school and a good education system for us, but it’s not awarded to everyone else,” said Thorat. She hopes to help less privileged youth in Minnesota by raising her voice for them on the council.

Membership on this council is extremely selective. Maheshwari learned about it at Youth Day at the Capitol last year; Thorat also attended the event, but she knew about it before. Applications come out in May, and applicants submit essays answering various prompts and go through an intensive interview. “There and only a few slots every year . . . you need to have something really unique,” Maheshwari said. Members of the council serve two year terms, after which they must reapply.

Yash Mangalick, a friend of both and fellow debater, can attest to their work ethics. About Thorat, Mangalick says “She’s really hard working, and she applies what she knows to everything . . . She has a lot of good knowledge about how politics works and she has a voice that needs to be heard.” As for Maheshwari, Mangalick says, “He’s very driven. If he sees an opportunity he goes for it. Arjun lives and breathes politics, he reads all about it, and he has a lot of opinions that are well formulated.” A great aspect of being on the council so far is having access to lots of resources. “We’re literally paired with a think tank in Washington DC to do research for us,” Maheshwari said.

On serving on the council as a whole, Thorat said, “You need to have an initiative or something you’re passionate about, a change that you would like to see in Minnesota, because the Youth Council really is a place to for you to actually try to see through that change.” These students plan to do exactly that.