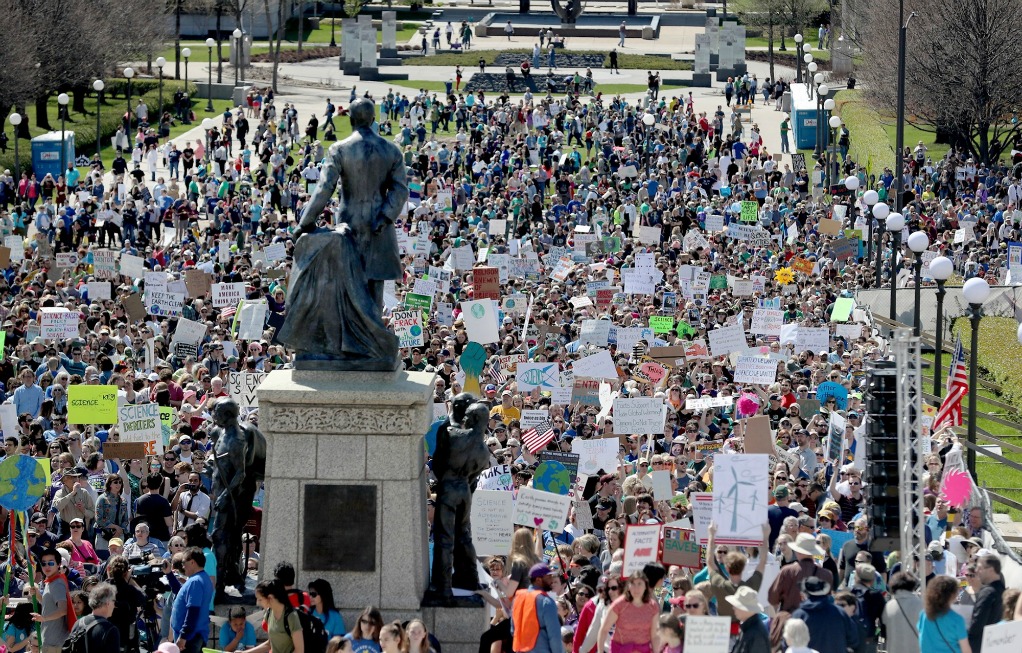 courtesy of The Star Tribune

On Saturday, April 22, over 10,000 people attended the March for Science in St. Paul,  Minnesota. The march took place in many other parts of the country, as well as around the world in over 600 different cities. “It was amazing. Just to see all these people rallying for a common cause which is to promote science, fight against cuts that are being made to science in the government, and climate change and all those other problems was incredibly inspiring,” said senior and March for Science attendee Meghana Iyer.

One of the main goals of the march was to promote awareness of environmental issues like climate change and call for changes that will benefit us in the future. “I hope that when the leaders of our government see what progress we the people want, hopefully that will stir up some change,” said Iyer. Many march attendees were actively protesting the Trump administration’s policies. “I hope that [the Trump administration] doesn’t carry out the cuts that they’ve made to fundamental organizations like the Environmental Protection Agency and the National Institute of Health…those are essential organizations that are needed to help us promote science and to help people’s lives. If these organizations are gone then we’d have no foundation to help promote and make progress in science,” said Iyer.

Throughout his campaign and first months in office, President Donald Trump repeatedly promised to make significant cuts to the EPA, as well as other scientific organizations, which is worrisome to marchers.  One goal of the march was to get people to understand the threat that climate change poses. “It’s not a hoax, it’s not something that’s being made up, there’s data and scientific evidence everywhere that has proven that climate change is real and it is happening. Once people recognize that, hopefully they can instigate some change,” said Iyer.

Since April 22, pro-science marches and protests have not ceased. As recently as April 29, AARCH in Washington D.C. has protested of President Trump’s new budget plan. “The whole globe was rallying for the cause of science and hopefully global organizations like the United Nations can see what the people want throughout the world and hopefully they can try to instigate within each of the local governments,” said Iyer.