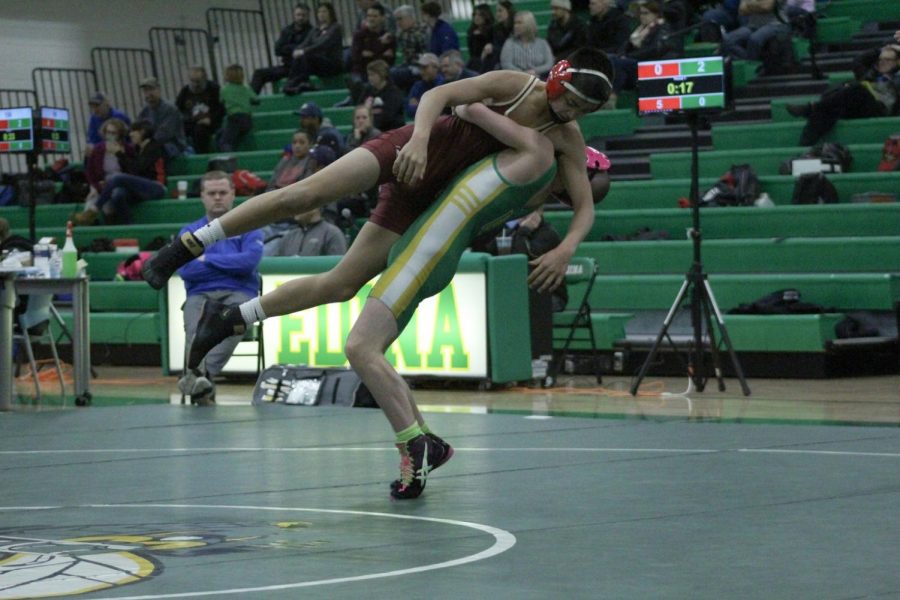 The Edina High School wrestling team is only five years old, and yet they have already begun to show real talent. Before the 2014-2015 season, Edina and Richfield banded together to form a combined team due to the lack of students who wanted to join at each school. Now, the wrestling team is one of Edina’s most prized teams.

Coming back from the Skip Nalan invitational tournament in Grand Rapids on Jan.26, the team has proven itself as a fierce competitor. At the 2019 tournament Skip Nalan Tournament, Edina wrestled particularly well, claiming numerous awards. Junior Will Davis, who is the captain and one of the strongest wrestlers on the team claimed two pin awards for having the fastest pin and the most pins. A pin involves holding the opponent’s shoulder blades onto the wrestling mat for a certain amount of time. On top of that, Davis also claimed first for his weight group at the tournament.

“For me, it went really well. Of a total of sixteen people, I got second,” said Nebel.

None of these team members are new to the taste of victory at a wrestling event, as many of them have done remarkably well at the many past wrestling tournaments and events that the team has participated in.

According to sophomore Seth Nebel, the team has been so successful due to hard work and lots of practice. “People are able to get into places like first and second mostly due to experience. Most of us are getting into our third year. Usually, the more experienced guys get higher places,” said Nebel.

On top of this, the wrestlers practice every day for about two hours, and if a wrestler doesn’t show up, then they are required to do push-ups and strength conditioning to make up for lost time.

This theme of hard work is common throughout the team.  “Endurance in the third period and not giving up,” is one the team’s greatest strengths according to Davis.

Many of the wrestlers play multiple sports and became interested in wrestling as a way to improve in football. “Wrestling helps improve all sports,” because the practices are “long and physically demanding,” said Davis.

The wrestlers also give credit to their coaches, especially head coach Joshua Burhans and the way the “team works together in practice and is similar in skill set,” said Borchardt.

There are rewards to all of this hard work. In addition to getting physically strong, they are improving as a team. “We are a pretty new team, but a lot of our older guys—our juniors—have really stepped it up and that’s really showed,” said Davis.

The wrestlers also describe the sport as a lot of fun. “Wrestling is fun because it gets your adrenaline pumping and having a hard-fought win feels really good,” said Borchardt.