Edina Wrestling: A legacy in the making 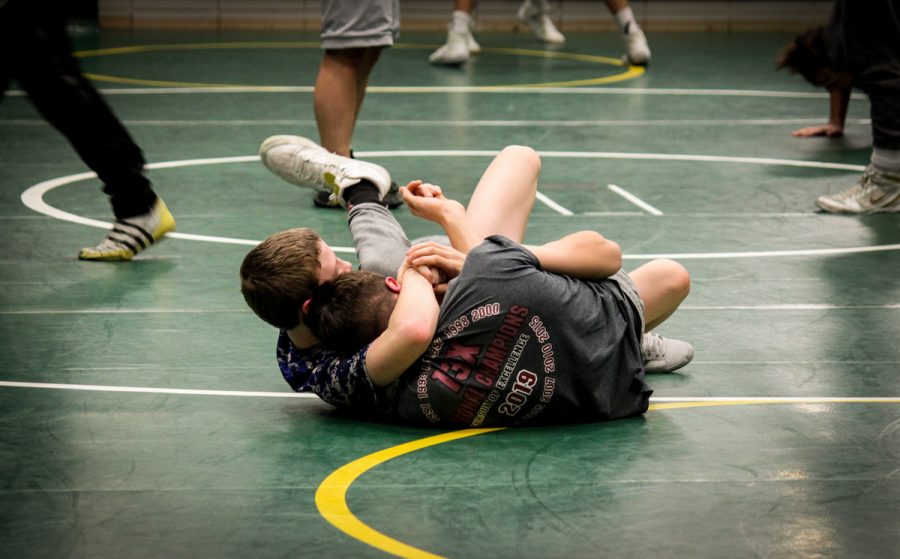 Founded in 2014, the Edina Wrestling Program initially faced its fair share of adversity. But Coach Josh Burhans, along with a dedicated team of assistant coaches and athletes, has built the program from the ground up.

After splitting from Rampage, a combination team of wrestlers from Edina High School and Richfield High School, Burhans had his work cut out for him. Early teams, although made up of individually strong wrestlers, struggled through dual meets and tournaments, failing to send any athlete to the state tournament until 2017.

However, with a rigorous practice schedule, the implementation of a private wrestling room, and the type of refinement that only comes with time, Edina Wrestling has warranted increasing success in recent years. The program has sent athletes to the section or state wrestling tournaments each year since 2017, and junior captain Landon Nebel believes this year’s team will be no different.

“Our team is relatively new but the guys are showing great improvement with the little time we’ve had,” Nebel said.

So far, the team has lived up to Nebel’s expectations. A strong 3-0 start to the season, with wins against St. Paul Johnson, St. Paul Washington Tech, and Mahtomedi, the Edina Wrestling Team is poised for a season that continues to be increasingly successful.

But the high school team isn’t the only avenue available for Edina’s wrestling hopefuls. The Youth Wrestling Team, which takes athletes from kindergarten to 5th grade, and the Middle School Wrestling Team, which takes athletes from 6-8 grade, are active feeder programs that grant Edina’s next generation of wrestlers technique and skills that help them on the high school team.

With the close collaboration between the high school and feeder programs, there is hope among the athletes and coaching staff that the legacy they’ve built in just 7 short years will continue to grow in the future.

“We hope to continue to build and improve every year, keep sending individuals to the state tournament and get to that point where as a team we are competing for conference and section titles as a team,” Burhans said.