Edina Ultimate plays the best of Minnesota at US Bank Stadium 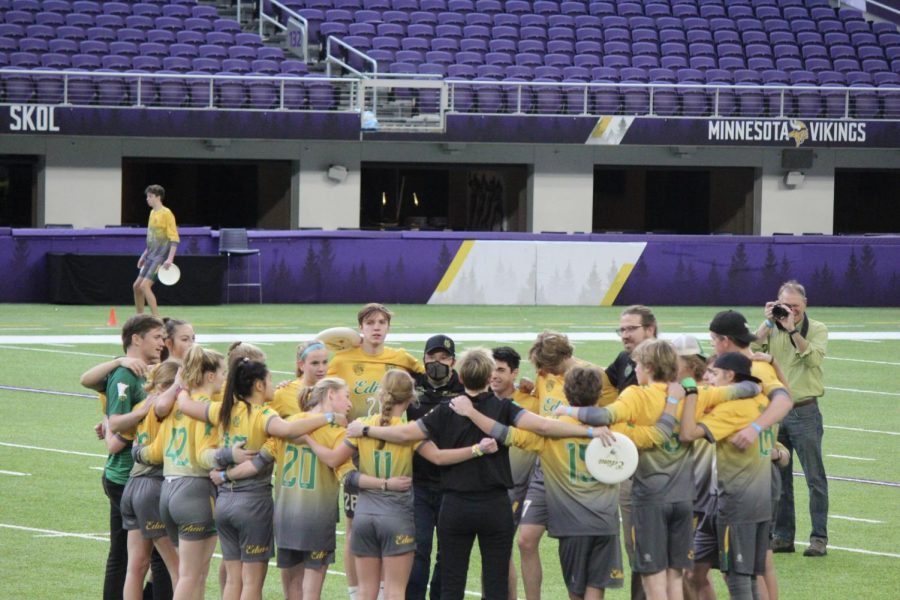 The game doubled as a fundraiser for Edina Ultimate, with attendee tickets costing $15 for students and $20 general admission. The stakes were high because Edina is only a school team while playing an extracurricular club.

“The game was a measuring stick for our team’s skill to see if we can really compete at a truly high level, given that this was a team of Minnesota’s best and we have the aspirations of going to nationals,” U17 team member Max Heirigs said.

The harsh atmosphere of Sunday’s match wasn’t unique, though; the whole fall season has been under pressure because of the team’s skill—Edina Ultimate has lately been recognized as the best team in the state as well as one of the top in the US. However, the Edina team has stayed humble throughout all their accomplishments because they strive for improvement.

“The main thing to take away from this is that being invited [to US Bank Stadium] was a privilege, something most teams in our situation don’t get the chance to do,” Head Coach Nate Wohl said. “Having a program our size to build teams that can compete on the same level as all-star teams from the rest of all the other schools combined, speaks to everything Edina students in our program have contributed to build.”

Even though EHS’s Ultimate team has been so successful, they acknowledge the hard work it took to get to their place. Throughout winter, the team still practices four times per week indoors.

“We have to continue to invest the time in keeping all of our teams in our program strong,” Wohl said. “We know there is strong talent across the state that continues to get better and that’s been proven; we’ve seen it first hand. Experiencing top competition only makes us better.”