As EPS' schedules adapt, those of community members must as well 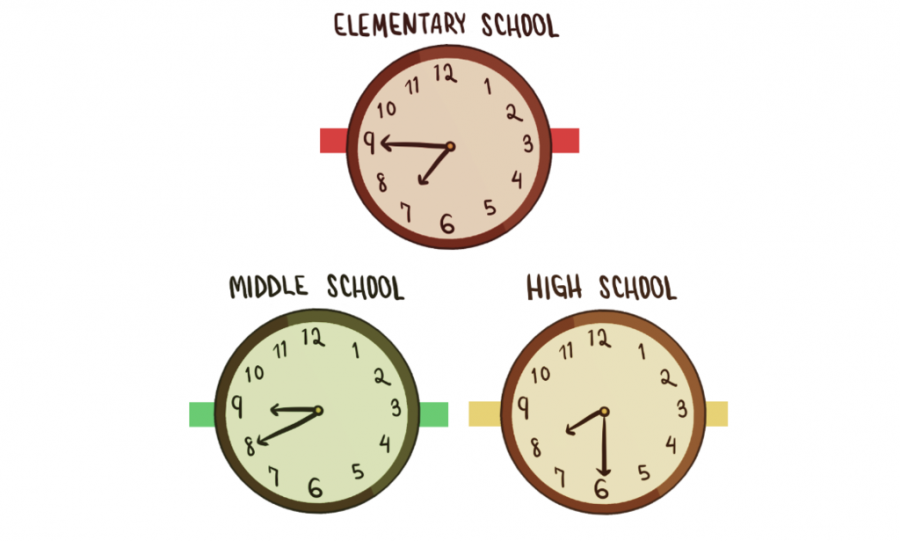 There is always a number of students late to school but this year there may be a more reasonable cause as to why. For the 2018-19 school year, Edina High School start times have stayed the same but the middle school and elementary school time changes are affecting students and parents. The School Board voted to switch the times of the middle school and the elementary schools. The new start times were decided by the school board last spring on March 19. The district believed that pushing back the start time for middle school would improve student performance in school.

All elementary times now start at 7:50 a.m., except Normandale which has stayed at 8:40 a.m., and the middle schools have changed their times to 9:20 a.m. Some parents are not happy with the changes. One such parent is Edina mother Robin Gould who has children in EHS and South View Middle School. Gould elaborated on how the time change has impacted her family’s schedule, “We were not looking forward to the start and end time change, for the middle school. Specifically for the 4:05 p.m. release. My student gets off the bus at 4:30 p.m. and it feels very late. There’s not much time to get to after-school sports and activities. Then it’s not until after dinner that homework gets started so the day seems really long,” Gould said. EHS sophomore Shreya Konkimalla also had opinions on the time change and how it has impacted her middle school age brother, “He has less time after school to do homework and he has a lot of activities to do after school too but he still wakes up at the same time so he doesn’t gain any benefit from the time changes.”

Even though the high school times did not change, the effects of the time changes are starting to impact EHS students as well. Transportation issues have arisen in families based on the end times. Some high school students don’t have transportation to and from activities after school because parents have time conflicts with the middle school end hours, even though Edina has made accommodations for before and after school care and activities to align with new times. EHS Administrative Assistant Arlou McPherson is in charge of accounting for all students who come late to school.  “I don’t think [the new start times are] the reason [for increased tardiness], I think more so it’s the construction around the city that’s the biggest impact, but we also always have a handful of students that are consistently late,” McPherson said.

The community may be facing some time conflictions with some activities at the moment while the time changes are still new. The Edina School Board stated they will reevaluate the start and end time schedule in the spring for the 2019-20 school year on the Edina Public School’s website.