Striving for their 19th consecutive state championship this year 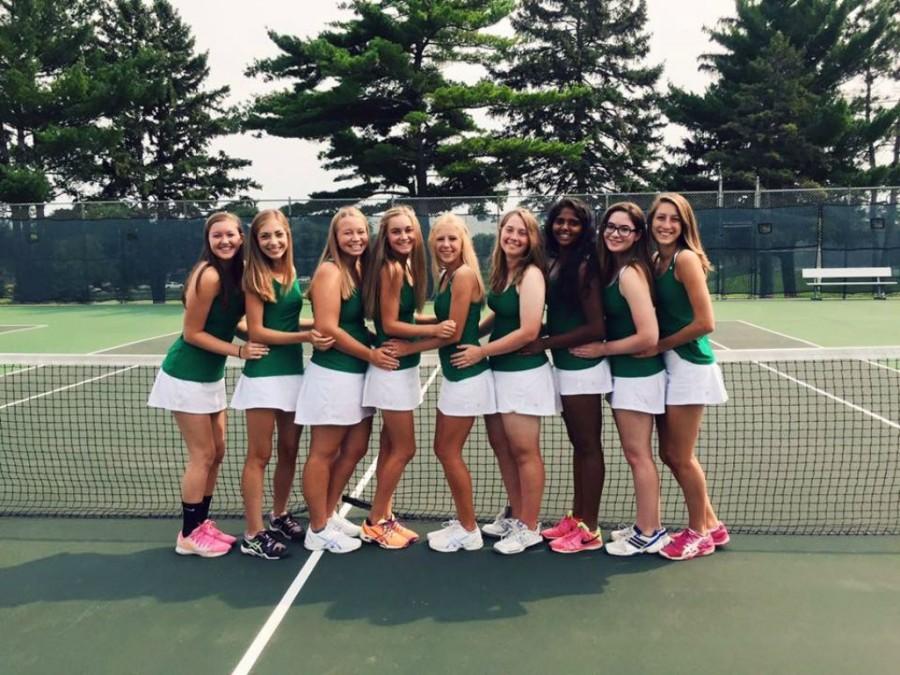 After winning their 18th consecutive class 2A state championship last year, the Edina Girls Tennis (EGT) Team is back in season with the hopes of keeping up the title. Many are just honored to be playing on such an outstanding team with years of traditions and legacies set in stone. Senior Captain Katie Engelking does not want to let the record dictate how the season will go. “My goals are to bring everyone together as a team and to compete with confidence as well as we can, and try not to let the pressure of the streak get to us!”

The team also makes bonding a priority so every player feels welcome on and off the court. “We have many pasta dinners and things like sleepovers that really take EGT from a team to a family,” said Engelking. “We also have a special cheer for everyone on the team which is a great way to encourage one another!”

Before each match the players have time to do running drills and loosen up by hitting balls, but they also make sure to stop by Varsity Coach Steve Paulsen for a high five. “We usually just try to keep our energy up and stay positive.”

Senior varsity player Maddie Vogt remarked that she loves the team because of the strong sense of community they have built. “We have a lot of dedication and respect for each other on and off the court,” Vogt remarked. “The team traditions are also a lot of fun to participate in!”

Regardless of the winning streak they have built up, the Edina Girls Tennis team chooses to not make that the only reason they play, but strive to make a legacy other ways with the community they have built.

Go to Chipotle on York Avenue in the Southdale area tonight to support the team!