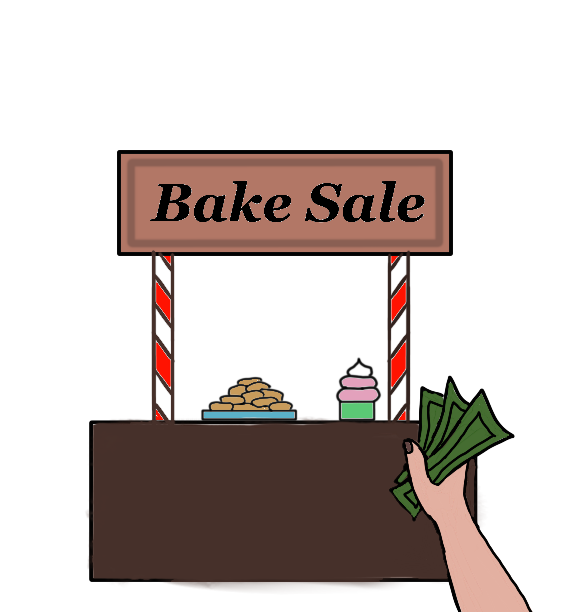 Many Edina High School students are starting off the school year by creating new clubs or continuing to lead pre-existing ones; in fact, there are already 20 approved student-led clubs set to meet this year. A number of club members are even interested in taking their goals to the next level by fundraising. However, according to school policy, they aren’t technically allowed to do so—though not all students feel that this is the right choice.

In the past, fundraising by student-led clubs has taken place, though it has never technically been allowed. This is due to the lack of compensation for club advisors and the absence of oversight that is normally conducted during other school fundraising efforts.

Nevertheless, the EHS administration believes that student-led clubs were not built for fundraising. “The focus should be about students engaging with other students within the school and providing an opportunity to connect with other kids over a passion that they have,” Activities Director Troy Stein said.

Several students alternatively feel that it would be worthwhile for clubs to be allowed to fundraise. Project Earth, EHS’ environmental club, undertakes projects to educate others about climate change and promote sustainability. One long term endeavor to install solar panels on the school has been relatively successful but has limited funding. Members from Project Earth believe that an opportunity to fundraise in the school sphere could aid their efforts. Senior Zoe Lelas, one of the club’s leaders, also thinks that students should be capable of supervising their own fundraising. “I think that students should be responsible for what money they raise because it’s for their club, and I think that this is an educational opportunity,” Lelas said.

Despite the lasting policy, there is a potential solution for clubs that feel strongly about fundraising. Clubs such as Project Earth could become a student activity. These differ from student-led clubs in that they are under the fiscal control of EHS and have a fundraising procedure as well as a paid advisor. The student activity would also have appointed student treasurers similar to those on Student Council. Despite the lengthy application process, this is an opportunity that some clubs might consider pursuing.