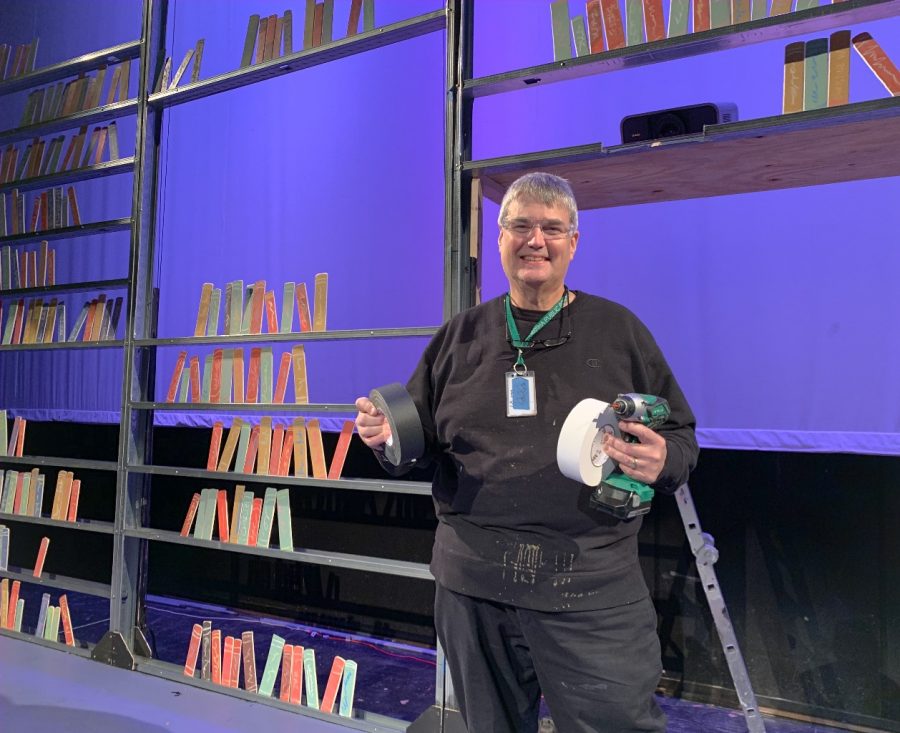 The intricate sets in the background of the EPAC stage are the foundation for the many productions put on by the Edina High School Thespians, but you probably don’t know the story behind how they are built.

Bob Sedoff is the main builder who orchestrates all of the sets. He’s been working at Edina ever since his son brought him to a “set build” in 2003, and designed and built more than sixty shows for Edina High School and middle school productions. Sedoff first became interested in sets when he was driving his eldest son to and from Children’s Theater many years ago. His appreciation for sculpture and architecture also helped spark his interest in set building.

When Sedoff is not helping with a Thespian production, he usually helps with other musical shows, including the Winter Jubilee. His help usually involves assisting with the set decorations for choir and orchestra concerts.

Sedoff’s current undertaking is the set for “Matilda,” which includes a large bookcase at the back of the stage and a classroom-like setting in front. Sedoff enjoys his job and getting to work with the kids and parents involved. “I like making the playground for the kids [in] theater to tell the story. It’s a playground and a frame for telling the story on stage,” Sedoff said. He is well respected within the EHS Thespian community: “He is the mastermind behind [the sets],” sophomore Paavo Rundman, who is also a member of Build Crew, said.

While Sedoff has been working at EHS, he has also helped bring four of the Thespian productions to the International Thespian Festival in Lincoln, NE. They perform these plays on stage and the sets are factored into the judging criteria. The Thespians applied four times, each with a different musical, and were accepted every time.

Always having an interest in architecture, he finally got to use his passion and apply it in a job working with high schoolers doing what they love. “He’s provided a lot to the theater community…He’s always a friendly and welcoming face,” sophomore and Build Crew member Ryan Kalgreen said.

“I’m very lucky to be in a place where I can have a good time working,” Sedoff said. He makes the school productions come alive, all with a smile on his face.