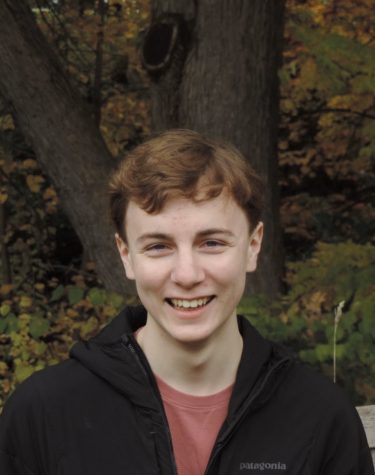 As a third-year staff member, Alex Stenman oversaw social media and worked on various multimedia projects under his Media Coordinator position. Alex took special care to film and interview Zephyrus staff for his documentary, which was unfortunately unable to be completed due to COVID-19. Some of his favorite Zephyrus memories include his methodically planned Zonding sessions, specifically when staff competed to see who could build a structure to best withstand an egg-drop test. However, his projects involving video production, such as the Valentine’s Day Z-Harmony skit, were a close second.

In class, you could find Alex cheering on the first years and documenting the staff perspective on Zephyrus’ in-class discussions. He continued his work to bring staff together despite COVID-19 imposed challenges by curating weekly Zonding events.

Alex plans to further his education at the University of Missouri studying Journalism. He’s excited to meet new people while simultaneously doing something he enjoys. As for his last words to those remaining on staff, Alex wishes to leave behind a legacy of leading by example. Through his hard work to make the first years feel welcome, he strived to act as a role model to those who remain on staff.