A preview of the Marching Band’s trip to Orlando 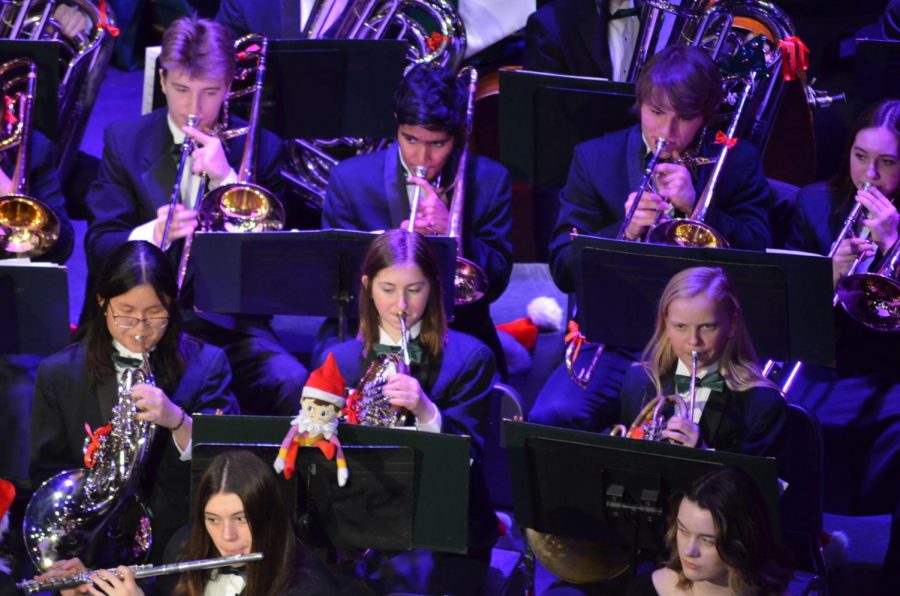 After months of practices and performances, this year’s Edina High School Marching Band said goodbye to performing in Minnesota. With their latest gig on Nov. 14, the EHSMB looks forward to New Years, when they will officially conclude their season in Orlando.

Following several weeks of inactivity, the EHSMB performed at half-time during one of the Minnesota State High School League’s football state championship games. The gig came as an invite and presented an opportunity to the band to play at the U.S. Bank Stadium in Minneapolis, a big difference in scale from their home-field, Kuhlman. While the night was supposed to be short, it turned into an all-evening affair when the football games were running later than scheduled. “We actually got there way too early, so we ended up staying until 10 at night. We only played two songs, but it was really really cool to play in that big of a stadium,” senior and EHSMB drum major Paul Krenik said. The band performed two of their crowd pleasers: The Final Countdown and Bohemian Rhapsody.

Going forward, the band has one more item on their to-do list: the EHSMB will travel to Orlando, Florida for six days over New Years where they will get to showcase their talents, hear other bands perform, and celebrate their hard work at various amusement parks in the area. This trip will serve as the EHS Band’s “national” trip that they take once every four years (the other three years consist of two international Concert Band trips and one regional Marching Band trip). While the entire band was invited, only about half of the group will go. To prepare for their trip, the group had four scheduled rehearsals throughout the month of November and into December.

While in Florida, the band will have four or five performances. Depending on the preferences of the students attending, the band will perform in a parade at either Disney World or Universal Studios. They will also perform three or four times for the Outback Bowl in Tampa, a college football game featuring teams from the Southeastern Conference (SEC) and Big Ten Conference—they will play a fourth time during the pre-game if they get selected to do so.