A community of handball enthusiasts 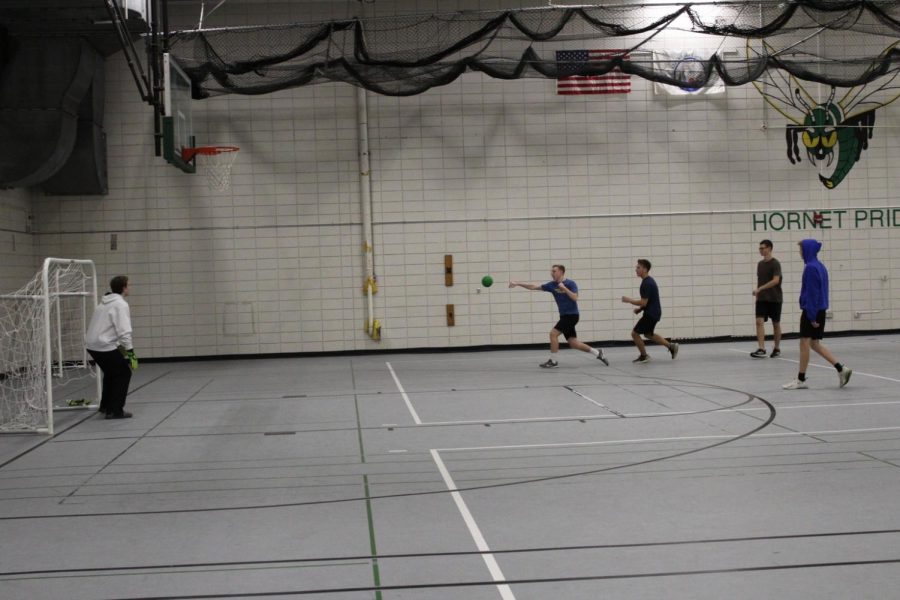 Often overlooked in the shadow of Edina’s successful sports programs are its student-led sports clubs. While competing in a sport for the school can be a rewarding experience, playing in a more relaxing and casual environment can be a way for many students to pursue their interests. One of these newly-founded clubs is the handball club, led by co-presidents and juniors Andrew Ross and Owen Kareken.

Handball is a team sport in which two teams, each usually consisting of seven or less players, pass a ball using only their hands. The idea is to throw the ball into the other team’s goal, which is similar to a soccer net.

Ross and Kareken discovered the sport in their gym class. After developing an interest for it among themselves and their friends, they decided to talk to their gym teacher with hopes of starting a club where they could meet and play. After receiving a positive response, the handball club was started last December. The club now has 15-20 members.

One difficulty the club has faced is similar to many others: getting registered for the activity fair. “We didn’t get registered in time for the [fair] which is kind of tough,” Ross said. Despite that, the club is quickly growing. “There have been a lot of new members since we first started,” Ross said.

Since gym space is limited, it can be difficult when school-led sports need the space as well. “The biggest difficulty was finding gym space,” Kareken said, “Since [official high school] sports really like to use those.”

After their advisor from last year was unable to continue for this year, the club additionally had trouble finding a new advisor for every week. They officially found Mr. Beaton who is their current advisor.

A typical practice starts at 7:15 in the fieldhouse Tuesday mornings. “We warmup for 10-15 minutes, then usually get playing about five and six games,” Ross said.

Their goals for next year are to recruit new members and get registered for the activity fair, similar to those of many other clubs around the school.